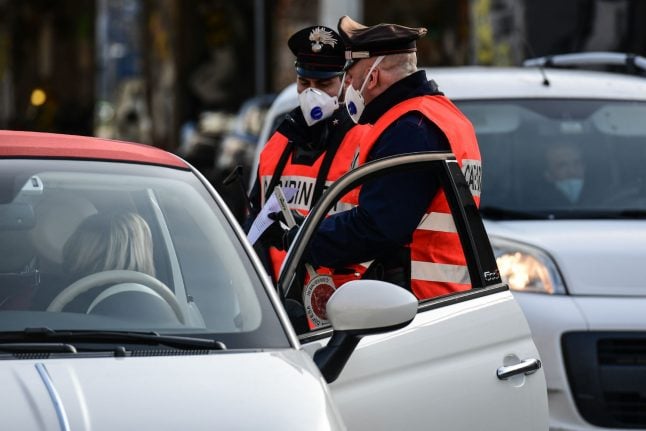 Why did the Swiss government take the step of closing nine border crossings with Italy?

With more than 10,000 known coronavirus cases to date, Italy is at the forefront of the outbreak. It is the worst-hit country in Europe and outside China.

Nearly all of the early Covid-19 patients in Switzerland caught the virus in Italy or from someone who had travelled to Italy.

One of the four people who died from coronavirus, an elderly woman in Vaud, got infected on a trip to Italy.

So the authorities decided to partially close the border in Ticino — the Swiss canton that shares the longest frontier with Italy — to prevent the further spread of the disease.

The measure by the Swiss government is in contrast to that taken by the Austrian and Slovenian governments which have introduced much tighter border controls with Italy.

Why only close the border partially rather than completely?

Closing it entirely would be detrimental to Switzerland’s economy.

More than 67,800 Italians work in Ticino. These cross-border workers make up more than a quarter of the total workforce in the canton. They are employed in all sectors, including the public one.

About 4,000 work in the healthcare sector, so closing the border would deprive Ticino’s hospitals of the basic personnel just at a time when the canton is grappling with 120 cases of coronavirus.

Swiss Foreign Minister Ignazio Cassis said that “we are interdependent on the European continent. Our neighbours know, for example, how much the Swiss healthcare system depends on border staff”.

Therefore, imposing the total ban on entry into Switzerland would likely paralyse a large part of the Ticino economy and jeopardise many basic services for the population.

READ MORE: Border between Italy and Switzerland partially closed: What you need to know

What kind of controls are being done at the border to ensure that only legitimate workers come into Switzerland?

Since there are now fewer entry points from Italy, the people coming in and out can be checked more efficiently.

Christian Bock, head of the Swiss Customs Office said in a news conference on Wednesday that the purpose of this measure “is not to block the passageway but to better monitor the flow of traffic”.

This means that people commuting from Italy to Ticino must show their G-permits to prove they are employed in the canton. These permits are issued to frontaliers who commute to and from their jobs in Switzerland each day.

READ MORE: Five things you should know if you're a cross-border worker in Switzerland

The border points that are closed are in bold below, while alternative crossing points are in italics.