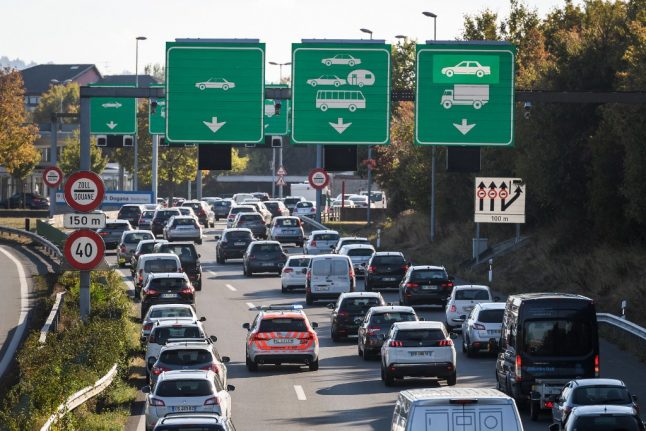 Over 80,000 French workers cross the border into Geneva each day. Photo by Fabrice Coffrini / AFP

The Swiss government closed nine border crossings from Italy to curtail the spread of Covid-19. Alternate entry points remain open to allow frontaliers — including 4,000 hospital employees — to come to work in Ticino.

While there are no plans to date to close the border, Geneva’s authorities are preparing for such a possibility.

The French President Emmanuel Macron suggested in a televised address on Thursday night that steps may be taken to close borders but those decisions should be made at a European level.

What plans are under way?

Mauro Poggia, head of Geneva’s security, employment, and health department, told RTS television that the canton “is watching carefully what is happening in Ticino and is ready to implement any necessary measures” to ensure that services are not disrupted by the eventual closure of the border.

What contingencies are put in place?

At Geneva’s University Hospital (HUG), 60 percent of personnel comes from France. HUG has devised measures to keep the hospital running smoothly in case these frontaliers are unable to come to work.

HUG is also telling staff to cancel their planned vacation until the end of April, so that enough personnel is at hand if the number of coronavirus cases soars from the current 76.

Lausanne’s university medical center (CHUV) is issuing the same rules for its staffers. With 156 infections so far, Vaud has the second-highest (after Ticino) number of Covid-19 cases.

EXPLAINED: Why did Switzerland only 'partially' close its border with Italy?

What about other services?

About one-third of Geneva’s public transport system (TPG) employees come from France. If they are unable to cross the border, “we will have to adopt our schedule accordingly,” TPG’s director Denis Berdoz told RTS.

“There will still be service, but it will be reduced”, he added.

Are any other contingency measures being planned?

As a rule, frontaliers must return to their permanent homes once a week.

Vincent Subilla, the head of Geneva’s Chamber of Commerce told RTS that the city’s hotels could be used to house frontaliers overnight so that they wouldn’t have to cross the border each day.