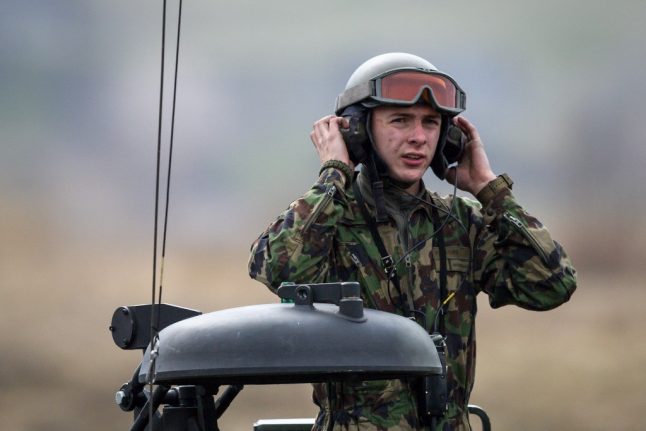 The army will as of Monday deploy one of its four hospital battalions, army chief Thomas Sussli said in a tweet.

The battalion will carry out a “special service towards the security and protection of us all,” he wrote.

While he did not clarify the specific service to be provided, he pointed out that more than 90 percent of the personnel in Switzerland's hospital battalions “work in other professions, but have civilian-recognised, military-acquired basic care training.”

Army spokesman Daniel Reist told AFP that the battalion, made up of between 500 and 600 people, will be prepared to support work at hospitals across the country if requested.

“There has not yet been a request,” he said.

The Swiss government meanwhile warned on Saturday that cybercriminals had begun sending out emails purportedly from the country's health ministry, playing on people's anxiety over the pandemic to try to infect their computers with malware.

The news came after Switzerland on Friday announced a raft of measures to halt the spread of the coronavirus, including school closures and tighter border controls, and said it would provide $10 billion to help businesses and workers get through the crisis.

According to the last count on Friday, 1,125 people have been infected in the small Alpine country and seven have died from the virus.

The overall death toll from the new virus, which first emerged in China in December, has jumped to more than 5,000 across the world, including nearly 1,500 in Europe, with total infections topping 140,000 internationally, according to an AFP tally based on official sources.