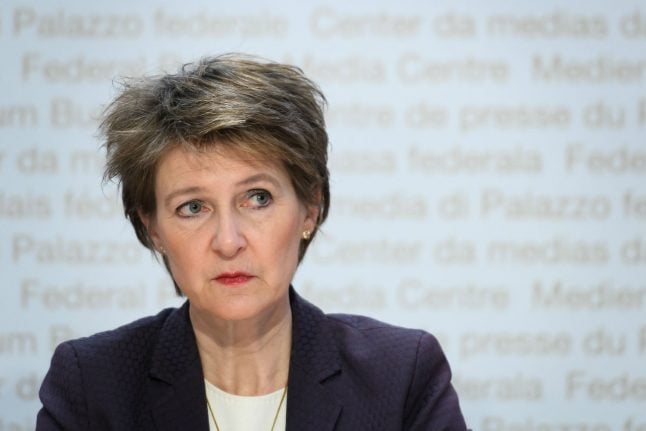 “We must not give in to fear,” Health Minister Alain Berset told NZZ am Sonntag newspaper, calling on people to stay calm and pull together.

Infections jumped on Sunday by nearly 1,000 in 24 hours to 2,200 and 14 deaths were recorded from the virus across the country.

READ: What you need to know about Switzerland's school closures

On Friday, the government closed schools and banned large public gatherings and the army said it was preparing to help overstretched hospitals.

The country also reintroduced tight border controls with neighbouring countries in the bloc and slapped strict limits on who can cross over from hard-hit Italy, where more than 1,400 people have died in the pandemic.

The southern Ticino region, which borders Italy, went further and ordered the closure of all restaurants, bars and shops, with the exception of food stores and pharmacies.

After the nationwide measures were announced, the wealthy Alpine nation saw shelves in some supermarkets stripped bare  as people anticipated tighter restrictions and shortages.

“We are in a position to overcome this crisis, on the medical and the financial level,” she insisted, pointing out that “Switzerland is a rich country. We won't leave anyone behind.”

The government announced Friday that it would make $10.5 billion available immediately to help companies and employees to make it through the crisis.

He told SonntagsBlick weekly Swiss and its parent company Lufthansa were likely to survive for longer than other airlines, adding: “But how long is unclear in this constantly changing situation.”