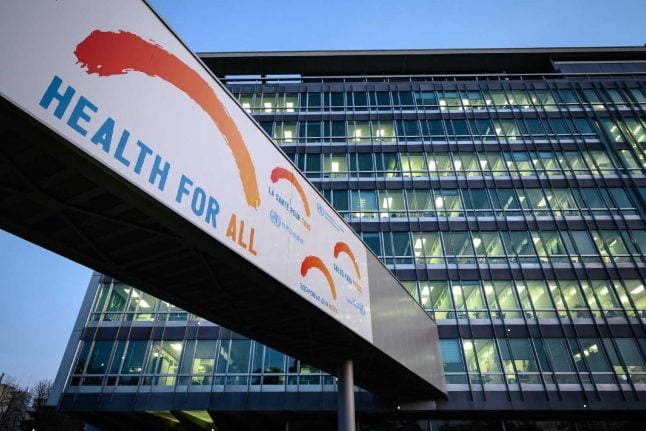 The outbreak of the coronavirus has placed unprecedented strain on healthcare workers and other authorities, particularly those who serve the most vulnerable members of the community.

With plenty of residents of Switzerland now working from home, having their hours cut or even losing their job completely, several of our readers have gotten in touch to ask how they can help out during the crisis.

While this is by no means an exhaustive list, there are some organisations here which have been set up to help those in need.

The majority of the following can be used across Switzerland, while there are other apps which are restricted to one region like Zurich and Basel.

The Red Cross and the Swiss Public Utility Society launched an app which coordinates volunteer groups with people who wish to help out.

Called ‘Five Up’, the app is available in four languages – English, German, French and Italian – and has a special sector dedicated to the coronavirus.

More than 40,000 people have signed up to do a range of tasks including shopping for at risk people or watching their children when the have to work.

The Help Now platform links people who want to help with those who need it the most.

Unlike some of the other help campaigns, there are a wide variety of different forms of assistance someone using the app can provide.

As yet, it is not available in English, but can be accessed in German and in French. Although Swiss authorities have said that hospitals are not at capacity, some areas of the country have been harder hit than others.

The canton of Ticino, which borders the heavily hit region of northern Italy, has had just under a third of the country’s total deaths from the virus – despite having only four percent of the population.

On Sunday, March 30th, Ticino authorities asked anyone who lived in the canton with medical experience – who was not already working in the health sector – to register to join the workforce.

Anyone who fits the bill can do so through the following website.

Shopping for the most vulnerable

Swiss supermarket chain Migros set up a free delivery service for the most vulnerable members of society, i.e. people with pre-existing conditions or who are over 65.

The Migros ‘Amigos’ app – which was discontinued in 2019 but re-launched due to the coronavirus – lets people sign up to volunteer to deliver groceries.

There is no contact with the recipients, as the groceries are left by the door and all transactions are made electronically. Recipients can give a tip electronically, rather than paying cash.

Another app, Bring, also makes it easier to shop for other people.