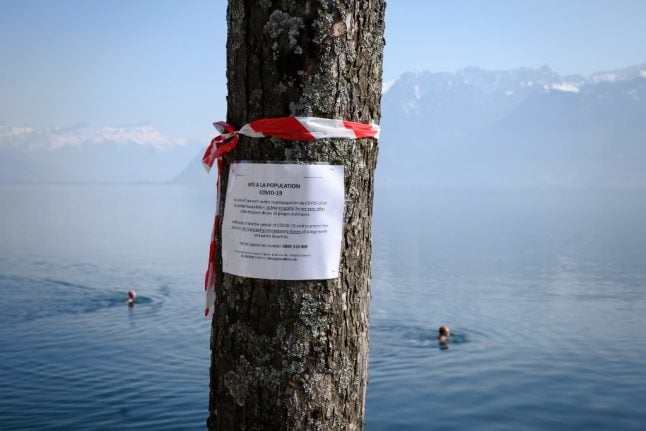 The state of emergency has been declared until April 19th, closing all restaurants, bars, and entertainment and leisure facilities, except grocery stores and pharmacies.

The public are urged to say indoors, schools are shut, and get-togethers of more than five people are banned.

However, Health Minister Alain Berset said on Sunday that since the peak of the infections has not yet been reached, “for the moment, it seems illusory to think we will be able to relax the measures on April 20th”.

More than 21,000 people have been tested positive for Covid-19 — though the real number is likely higher — and 734 people have died.

“It is only when the number of infected people and hospital admissions clearly decreases that we can consider relaxing the rules,” he added.

Still, “it is very difficult to maintain confinement, even a partial one, for a very long time, because of the consequences on psychology, health, and economy”, Julien Riou, an epidemiologist at the Institute of Social and Preventive Medicine at the University of Bern told RTS television.

But while no date is yet in sight, best exit strategies are already being discussed. So far two possible scenarios are on the table.

SCENARIO 1: Testing and tracing of contacts

This option would involve ending the lockdown but keeping an eye on new cases. Each symptomatic case would be tested and the infected person quarantined. All the people who have been recently in contact with the infected individual would be traced and also isolated to break the chain of transmission.

However, this scenario would demand huge manpower and many hours of work, not to mention testing kits being available.

The InsideCorona.ch group, which is made up of about 100 doctors and entrepreneurs, has raised the possibility of a gradual relaxation of rules.

In a first wave, people under the age of 40 — the group that has had the least Covid-19 complications — would be released first to create group immunity. Three weeks later, the 40 to 65-year-olds would be able to end their confinement. And three weeks after that, serological tests would be done to verify that the population is well immunised and that the virus can no longer circulate. Only then would the oldest people be de-confined.

Riou, however, is skeptic of this plan because “I don’t think we will have a controlled immunity in the population”, he said.

“This virus still has a mortality rate of 1 to 3 percent. If we let it be transmitted, we will have many deaths”, he added.

He also pointed out that countries such as the United Kingdom and the Netherlands, which adapted this strategy at the beginning of the outbreak, have since abandoned it.

Berset said the authorities “are examining different scenarios. They should not only be relevant, but also socially acceptable”.

Before any measure could be implemented, however, “more will need to be known about the spread of the virus and its behaviour”, he added.


READ MORE: UPDATE: What you need to know about the coronavirus crisis in Switzerland