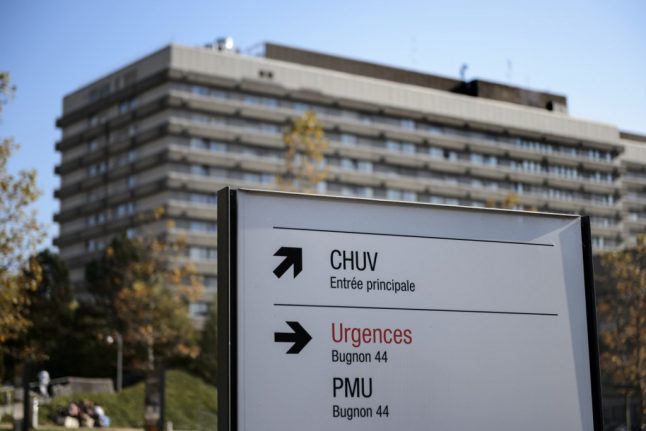 CHUV is testing the efficacy of chloroquine. Photo by Fabrice Coffrini / AFP

To date, no drugs have been developed specifically for Covid-19, so doctors are using chloroquine, a medication that has long been used in the treatment of malaria.

Its virus-inhibiting properties are shown in some studies.

But many medical experts point to serious side effects of this treatment, such as the risk of renal and liver damage.

Despite the polemic, the drug is widely used in Switzerland, including at its two largest university hospitals, CHUV in Lausanne and HUG in Geneva.

At CHUV, 40 percent of Covid-19 patients have been given chloroquine, while that number exceeds 50 percent at HUG, and even reaches 85 percent for those in intensive care.

“This mainly concerns patients who are admitted to hospitals with pneumonia. We immediately consider giving them treatment, and chloroquine is one of them,” Laurent Kaiser, head of the Infectious Diseases Department at HUG told RTS television.

READ MORE: What is Chloroquine and why do some scientists believe it can treat coronavirus?

However, the effectiveness of this drug has not been proven.

“We have to admit that in an epidemic like this, we have to work with the unknown. It is not because a drug has not necessarily shown its full effectiveness that we should not give it, if the balance is in favour of the doubt “, Kaiser added.

Alexandra Calmy from HUG’s Infectious Diseases Service, believes that the approach in Switzerland is pragmatic.

“We have to manage an uncertainty, and the scientific data which is fragmented and not robust enough, but we must respond to the emergency, and I believe that is what we are doing”, she said.

In the meantime, tests are under way.

“In fact, we would like to know if chloroquine is effective in an ambulatory environment, that is, say before patients get to the hospital,” he added.