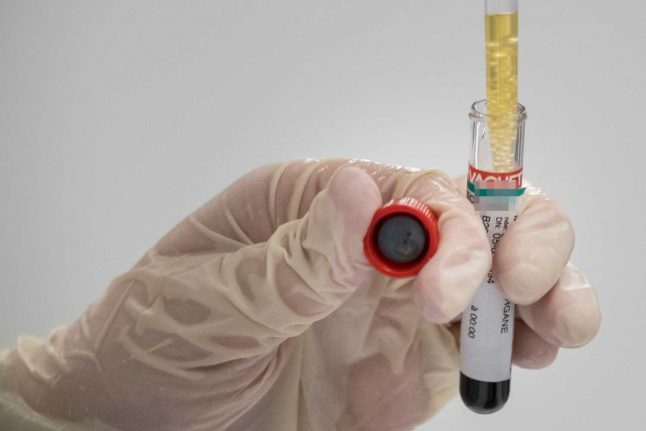 Medical experts are however sceptical that the plan can work effectively.

As reported in Swiss media outlet 20 Minutes on Wednesday, the ‘Coronavirus Immunity Initiative’ hopes to produce immunity tests in bulk which can be distributed to people’s homes across Switzerland in May.

Participants can take the tests – which according to the researchers have already been proven to be reliable – to determine if they have already contracted the virus and whether they can thereby re-enter society.

The Initiative is made up of a broad group from the business, science, political and medical sectors. Health insurance companies Helsana and ÖKK have backed the measure, as have peak bodies like Santésuisse and a number of hospitals.

‘No strain on the healthcare system’

One of the major goals of the initiative is to carry out widespread testing without putting more strain on the Swiss healthcare system.

By producing ‘targeted tests’, the researchers would be able to look at which sectors of the population were immune and could return – while also having a more concrete idea as to how widespread infection with the virus has been throughout the community.

The information gathered will not only allow for certain individuals to re-enter the community, but it will provide data from which new social distancing rules can be designed, tailored and implemented.

Spokesperson Reiner Eichenberger told 20 Minutes that the tests should be accessible to everyone.

“We’re currently stuck in a trap at home,” he said.

“Everyone should be able to do an immunity test if they want. Although only a small section of the population will likely be immune, these people automatically bring a dynamic back into society.”

Eichenberger said that those who have been confirmed as being immune to the virus could provide a vital link between those most vulnerable and society.

“”They can save their business, visit their grandparents and help their neighbours.”

But are the tests reliable?

Doctors are concerned that the tests may not be reliable, thereby allowing formerly infected people to re-enter society without the proper oversight.

Andreas Cerny, an infectious disease doctor at the Moncucco hospital in Lugano, told 20 Minutes that governments rather than the private sector should oversee such a testing regime.

“Governments and cantons are better positioned for the coordinated use of reliable tests,” Cerny said.

Lungenfachzentrum Fiechter, a lung specialist centre in Zurich, will begin immunity tests from the end of April, but has warned that seven weeks must pass from coronavirus infection in order that there are enough antibodies present to be properly detected.