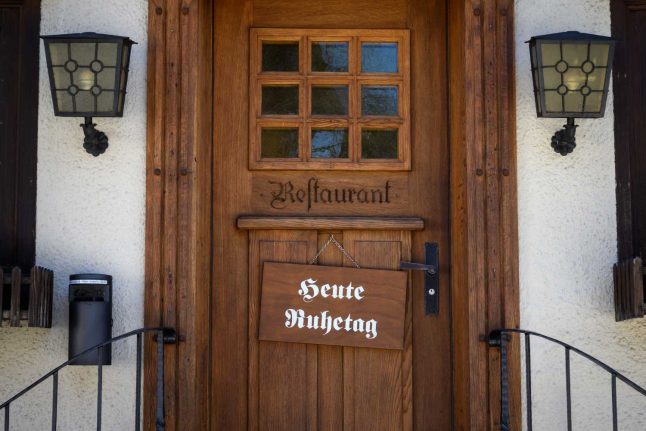 Note: This article was written on April 15th according to a leaked memo from Switzerland's health ministry. An updated summary of the official measures undertaken by the government as announced on Thursday, April 16th, is available here.

A three-phase return to normality

As the individual most responsible for determining how Switzerland should transition out of the coronavirus lockdown, Berset has told the Swiss public for weeks that infection rates would be the major factor in deciding which measures to relax and at what point they should be relaxed.

According to the Tages Anzeiger, his exit strategy involves three phases to be undertaken in relaxing the country’s restrictions.

The newspaper reports that the plan is likely to win favour among many, particularly those with close ties to the country's business sector.

The first phase will take place on April 27th, with hairdressers, physiotherapy practices, hardware stores and nurseries set to reopen. Book shops and flower shops are also said to be on the list.

Those doing so will be required to adhere to a set of protective measures similar to those in place currently in supermarkets in Switzerland.

Gyms and other fitness clubs are not included in this first round.

As reported by The Local Switzerland on Wednesday, gyms were implementing a range of changes in order to be allowed to reopen on April 27th.

Coronavirus: How Switzerland's gyms plan to reopen on April 27th

Le Temps reported on Wednesday that other retail stores may be included in this first wave, although this has as yet not been confirmed.

Le Temps also reported that the April 27th reopenings may include a requirement that masks are worn in all newly opened stores, as well as potentially in workplaces and on public transport. The second phase, set to take place on May 11th, will involve the reopening of schools and universities.

This is expected to be accompanied by similar rules on social distancing and may include requirements to wear masks and other protective equipment.

The third – and as yet final – phase of the exit strategy includes the reopening of bars and restaurants. This would take place on June 8th and would likely include some form of social distancing requirement.

Nightclubs would also be allowed to open, although this is also expected to be subject to certain restrictions.

This phase does not include major events such as sports matches with large crowds or concerts and music festivals.

These events have been left out of the plan completely, with suggestions that it will not be until a vaccine can be found before these are fully opened up.