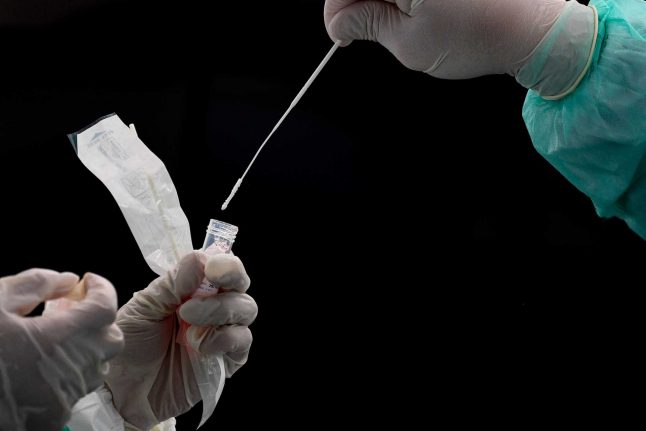 The Federal Office of Public Health (FOPH) has expanded the underlying criteria that must be met to obtain a test.

Now, anyone with symptoms of acute respiratory illness should be tested, regardless of whether or not they also have a fever.

In addition, people who have lost their sense of taste and smell or those with muscle pains should also be tested for the virus.

Cantonal doctors have also been encouraged to test people without symptoms in hospitals, nursing homes and retirement facilities in order to prevent the spread of the virus in the facility.

Expanding on the previous criteria

Previously, people who wanted to be tested needed to be showing multiple symptoms of the virus while also having underlying conditions which placed them at a greater risk of the virus.

READ: What we know about the victims of the coronavirus pandemic in Switzerland

Although under the previous testing regime doctors could use their discretion in testing anyone who did not meet the criteria, this was relatively rare in some cantons due to a lack of testing capacity.

The reason for the change in strategy is several fold.

Switzerland has expanded its testing capacity in recent weeks, enabling for a greater percentage of the population to be tested.

In addition, health experts have recognised the effectiveness of testing in breaking infection chains, even among people who may not have symptoms or who may not be in a risk group.

As reported in the Neue Zürcher Zeitung, despite many lauding the testing regimes of Germany and Austria, Switzerland has tested more people per capita than these countries.

There has however been a difference in testing strategy, with Germany testing many more young people who were not in identified risk groups, when compared with Switzerland.

How does Switzerland test for coronavirus?

As it stands, the vast majority of coronavirus tests are done at medical facilities in Switzerland.

In most cantons, members of the public who want to be tested and who fall into the required risk groups will need to call a cantonal hotline before being directed to a testing facility.

The central Swiss canton of Bern plans to follow suit in the coming days.

Some cantons, such as Basel Country, have established mobile testing facilities that can visit nursing homes and other care facilities.

How can I get tested?

Zurich was the first canton where all doctors were equipped to test for the virus, although medical facilities in all cantons can now do so.

READ: What should I do if I have coronavirus symptoms in Switzerland?

Cantonal authorities have warned against going directly hospitals in search of a test, with all hospital visits – along with visits to nursing homes and disability facilities – banned due to fears about spreading the virus.

Instead, the FOPH has also set up a country-wide, multilingual hotline for questions about Covid-19 available in English, German, French and Italian.

The number, which operates 24 hours a day, is +41 58 463 00 00. People experiencing symptoms should call this number immediately in order to determine whether a test is necessary – and where it should take place.

Each canton also has its own hotline number.