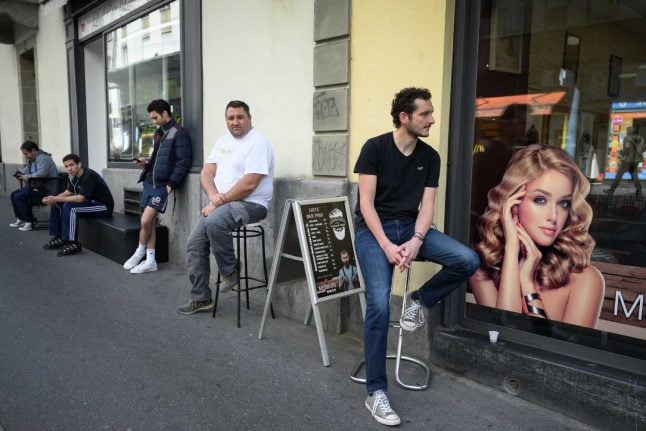 Although Switzerland is notoriously federal on many important matters – with the laws and culture in different cantons sometimes unrecognisable – the unified effort brought by the national government received almost universal support during the early stages of the lockdown.

Recently however, there have been disagreements among the cantons as to how the lockdown should be relaxed – with the split taking place largely along linguistic lines.

As reported in Le Temps on Monday, authorities in French-speaking Switzerland have been reluctant to relax the rules, while those in German-speaking areas – particular rural areas – have pushed for restrictions to end.

Le Temps reports that it has led to the development of a ‘Coronagraben’ – mirroring the Röstigraben cultural and linguistic barrier between French and German-speaking Switzerland – when it comes to ending the lockdown.

Despite the first relaxations of the lockdown coming into place on April 27th, German-speaking Switzerland has called for further relaxations to be brought forward.

While the right-wing SVP has for a long time asked that lockdown measures be relaxed in German-speaking Switzerland, recent statements from councillors in Zurich, Obwalden, Schwyz, Aargau and St Gallen have made similar requests.

Conversely, authorities in Vaud and Geneva have called for restraint in ending lockdown requirements, while Ticino successfully applied to the federal government to have theirs extended until May 4th.

Benedikt Würth, of the SVP in St Gallen, said his canton had largely got the virus under control – and was now “not fearing a new epidemic wave, but rather the disruption of the balance between the protection of health and the preservation of economic interests.”

There has been support across the political aisle, with Social Democrat Mario Fehr in Zurich saying Swiss self discipline has saved the country from the worst of the outbreak – and should be relied upon in the emergence.

““Locking people up is a capitulation of the rule of law. It is not tenable,” Fehr said.

“Someday we will all have to go out and the virus will still be there. We will have to learn to live with the new rules of distancing. And it works. Switzerland has avoided the worst. ”

Despite frequent claims that the coronavirus is ‘the great leveller’ and that it doesn’t discriminate, Switzerland has felt the brunt of Covid-19 in an uneven fashion.

While the southern canton of Ticino has been the heaviest hit per capita by the virus, the western Swiss cantons of Geneva and Vaud have also seen high numbers of infections.

Conversely, the German-speaking part of the country has escaped with worst of the virus – with the possible exceptions of Basel City and Graübunden.

As The Local Switzerland reported previously, even Switzerland’s most popular canton of Zurich has a comparatively low infection and death rate.