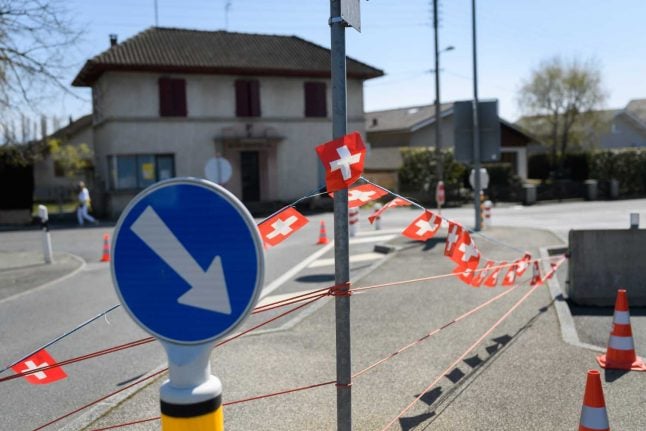 The Federal Council will on Wednesday, April 29th meet to decide how to perform the so-called “targeted relaxation” of the border.

Targeted relaxation involves determining which groups will be permitted to cross the border, perhaps as early as May 11th.

On April 16th, the border closures were extended to prohibit cross-border shopping.

Karin Keller-Sutter, the head of the Department of Justice and Police, told the NZZ that there would be relaxations of the current border controls for specific groups – but declined to comment expressly on who would be a part of the plan.

Swiss daily 20 Minutes indicated that border controls would be relaxed in two main areas: family reunions and for professional reasons.

As reported specifically, the relaxed border controls could “include, for example, mechanics who have to maintain machines or family members who have been separated from their families.”

Keller-Sutter said special attention would be paid to the region of Kreuzlingen and Constance, where closed border crossings have led to significant distress for some sections of the population.

Relaxation of border controls for tourism in both directions however remain unlikely – even for later in the summer.

Foreign Minister Ignazio Cassis told Swiss residents that trips abroad this summer “”will probably be possible only to a limited extent or not at all”.

This however appears to be an optimistic estimate.

As reported on Tuesday by The Local Switzerland, Erik Jakob, head of the State Secretariat for Economic Affairs, warned that residents of Switzerland shouldn't plan on travelling internationally before 2021.

Switzerland cautions against international holidays ‘until 2021' due to coronavirus

Border controls to remain for the foreseeable future

Although there are likely to be some relaxations put into place from May 11th, all open Swiss borders will remain monitored and controlled into the future.

The Department of Justice stated that uncontrolled entry needed to be stopped, whether from tourists, uninvited guests or others who did not fit the entry criteria.

Minister Keller-Sutter said she was coordinating efforts with her Schengen counterparts to ensure that border controls were maintained.