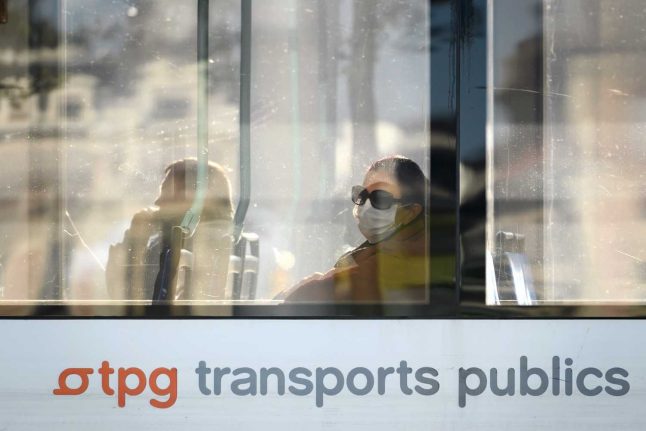 How will the coronavirus change transport? Photo: FABRICE COFFRINI / AFP

Despite declining infection rates and minimal fatalities in recent weeks, fear of contracting the coronavirus remains pervasive across Switzerland.

The fear is particularly prevalent in public transport, where ventilation is often minimal and social distancing impossible.

A study by Deloitte Switzerland has shown Swiss commuters are set to make the switch from public transport to other ‘private’ means of commuting, including bikes, e-bikes and cars.

Working from home, which has exploded in popularity during the coronavirus lockdown, is also likely to remain long after the threat of a second wave of the virus is gone.

The findings pose a challenge for Swiss policy makers who want to reduce traffic, particularly in the country’s largest cities.

Both Zurich and Geneva have been recognised as having some of the world’s worst traffic congestion.

Drivers in the French-speaking city spend an average of 52 hours in relatively slow traffic every year while that figure is 51 hours in Zurich.

A permanent shift from public to private?

One third of those surveyed said they will opt for more journeys on foot, by e-scooter or by bike.

A quarter said they would permanently cut down on public transport use, as well as cutting ride sharing and taxi services.

The desire to use private transport was particularly pronounced among younger people, with one in four under 30 saying they would drive a car more in the future, while just under a third said they would ride a motorbike more often. How will the coronavirus change transport in Switzerland? Photo: FABRICE COFFRINI / AFP

Working from home is here to stay

As a result of the crisis, twice as many Swiss now work from home than they did before the outbreak.

A third of those surveyed said they would continue to work from home after the crisis ends.

One quarter of respondents said they felt less productive when working from home than in the office.

The authors said employers must respond to this desire by putting in place flexible working arrangements wherever possible.

“The accelerated flexibilisation of place of work and working time has positive effects because the employees become more independent of the location and can take their time management into their own hands. In addition, the traffic infrastructure is relieved and the climate is spared.”

In addition to a happier workforce, such a shift would ensure companies were better prepared for future crises – including a potential second wave of the coronavirus.

“Our experience with customers has also been confirmed in this crisis: If companies have a good home office infrastructure and have equipped their employees with the necessary virtual resources and technologies, they can react quickly to new and unexpected situations,” said Veronica Melian from Deloitte Switzerland.

“As flexibility becomes more and more important, companies have to take action and close their technology gaps by finding and introducing solutions for virtual collaboration.”

In a separate study completed on Tuesday by ETH Lausanne, researchers found a direct link between mobility and higher likelihood of infection.

The findings illustrated the importance of the lockdown measures, while also highlighting the potential for transmission that exists in small spaces such as public transport.