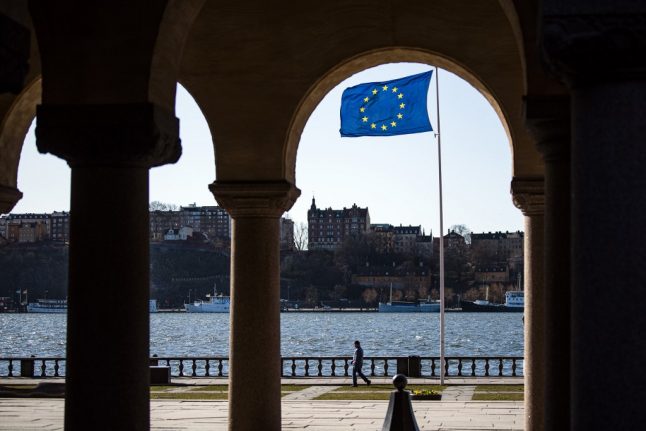 Travel to most EU nations will be possible from June 15th. Photo by JONATHAN NACKSTRAND / AFP

Originally, only Switzerland’s borders with Austria, France, and Germany were scheduled to re-open on June 15th.

But in a surprise announcement on June 6th, the Federal Council said that “in view of the current epidemiological situation, it will also be possible to lift the existing entry restrictions on June 15th” to other Schengen zone states.

The agreement will also extend to EFTA countries — Norway, Iceland, and Liechtenstein.

But before you book your trip and start packing, keep in mind that, if you live in Switzerland, you won’t be able to freely travel all over the EU because some nations will not yet be open for tourism.

That’s because each country sets for itself the entry conditions.

And it doesn’t matter what your country of citizenship is — that is, what passport you hold. What counts is where you reside, and how well the nation where you live has contained the coronavirus pandemic.

Where can you travel to as of June 15th?

Most EU member states, as well as the UK, will open their borders and lift travel restrictions for residents of Switzerland by mid-June, and vice-versa.

This includes Italy, even though only a week ago, Swiss authorities warned residents not to travel there, as the country’s rate of infections was not yet low enough.

Also note that if you are travelling into the UK you will need to fill out an online form before your arrival, giving your travel details, contact details and the address where you intend to self-isolate for 14 days. Failure to have a filled-out form on arrival in an airport, port or Channel Tunnel terminal could net you a £100 (122 chf) fine.

READ ALSO: What you need to know about UK quarantine rules if you are travelling from Europe

Travellers flying from high-risk airports, as determined by the European Aviation Safety Agency, will have to self-quarantine for a week, or enter a two-week supervised quarantine if they test positive.

However, none of Switzerland’s airports are on the list.

Which EU countries are off-limits to tourists from Switzerland, at least for the time being?

Hungary, Poland, Slovakia, and Croatia did not yet commit to open their borders on June 15th.

Similarly, Spain announced that its borders will only open in July.

However, EU officials believe all of the Schengen nations will re-open by June 30th.

“I believe we will return to the full functioning of the Schengen area and the freedom of movement of citizens no later than the end of June – if both the health and political situation allows it,” Ylva Johansson, the European Commissioner for Home Affairs, said on June 6th.