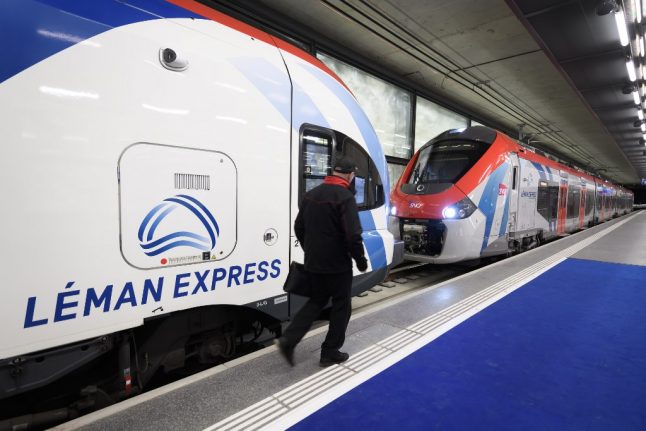 But while some of its services resumed on May 11th, the Léman Express announced that it would not operate at full capacity before August 24th, according to its operating company, Lémanis.

The reason for this delay is that due to the health crisis, the company had to stop its efforts to resolve operating problems that had occurred before the pandemic, and suspended ongoing training for mechanics on the Swiss side.

Among the problems the company experienced since its launch on December 15th, 2019, were a strike by railway workers, technical hiccups, delays, and cancellations.

READ MORE: What you need to know about the restart of train services in Switzerland

Before the coronavirus crisis, the Léman Express transported 45,000 passengers a day, many of them cross-border workers commuting to their jobs in Switzerland.

Since May 11th, the quarter-hourly service has been ensured between Coppet (VD) and Geneva-Cornavin, and between Geneva-Cornavin and Annemasse (F). However, the night service on these routes on Fridays and Saturdays has been eliminated.

The Geneva-La Plaine and Geneva-Bellegarde (F) lines run on the usual schedule.

On the French side of the border, the service is close to normal, with some adjustments needed, especially at the start and end of the day.

Passengers from and to the stations between Coppet and Geneva who want to go beyond Geneva-Cornavin in the direction of France are encouraged to take the L1 (Coppet-Evian) and L3 (Coppet-St- Gervais-les-Bains-Le Fayet) lines.

However, the Geneva Public Transport network (TPG) announced that all of its cross-border buses and trams are resuming their regular service today.