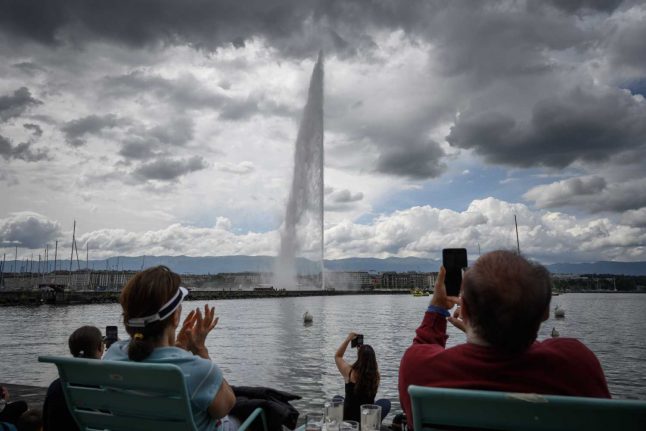 On June 17th, Professor Matthias Egger, the President of the Research Council and head of the Covid-19 Task Force, told SRF that Switzerland’s r-rate had again risen above 1.

According to the announcement the official r-rate was at 1.1 in Switzerland. This rate is an average across the country and does not take into account regional variations.

Egger said any further relaxations of the coronavirus lockdown measures should be avoided until the rate was again under control.

Egger also warned that a second wave could hit in summer, rather than the oft-predicted autumn, if measures were not extended.

Swiss authorities are set to meet on June 19th to discuss a further easing of measures, with Health Minister Alain Berset expected to relax the 1.5 metre distance requirement.

Swiss parliament is also set to decide on whether or not to introduce a mask requirement on public transport and in shops.

The news contradicts official claims that Switzerland is winning the battle against the spread of the coronavirus.

On May 27th, Swiss president Simonetta Sommaruga told the media “Switzerland is reborn”, saying “we now know it is possible to control the virus”.

Why do authorities generally want to keep the R rate under 1?

The aim is to keep the R0 under 1 so that the spread of Covid-19 remains under control. If the figure is at exactly 1, the total number of infections should remain at a consistent level.

At lower levels, the spread of the disease slows down considerably.

If the reproduction number is higher than one, then the number of cases can increase exponentially.

What is the R number anyway?

The basic reproduction number is one way of analysing a disease's ability to spread. It represents the average number of people that a person with coronavirus will pass the virus onto.

An R0 (R naught or R zero) of 1 means that each person infected with the virus is passing it on to one other person. Experts have said that the novel coronavirus, known officially as Sars-CoV-2, has a reproduction number of between 2 and 3, but there is debate and different estimates on this.

Amr Aswad, an evolutionary virologist based at Berlin's Free University told The Local Germany the R value is “a very important number”.

“It's one that's generated through modelling so different models might give you slightly different answers. But fundamentally, as we all know, we need to keep it below 1.”

However, there are other ways to measure how the disease is spreading, such as the number of infections.

“The R0 tells you a lot but it's not the complete picture and it should always be considered alongside the absolute number of infections,” said Aswad.