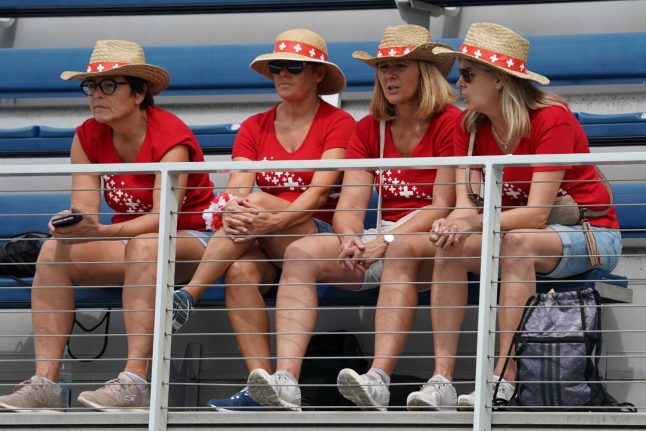 On Friday, June 19th, Switzerland’s Federal Council will meet to discuss the next round of lockdown relaxations.

According to Swiss media sources, Health Minister Alain Berset is set to announce the following changes to Switzerland’s lockdown measures.

Unlike its neighbours, Switzerland has avoided a mask requirement.

As reported in The Local Switzerland earlier in the week, the government will on Friday discuss whether or not one should be introduced.

Stand a little closer to me

Currently, the government requires a distance of two metres.

This is to be shortened to 1.5 metres, according to media sources.

Although the government stopped handing out fines to people in late May, the rules remain in force and fines are levied for restaurants and bars who do not comply.

READ: Warnings in Switzerland of a 'second wave in summer' as coronavirus R-Rate rises above 1

Protests will no longer require registration with Swiss authorities.

Restaurants and discos will now be allowed to open after midnight, after the so-called ‘police hour’ was lifted.

No more state of emergency

As was announced during the previous round of lockdown relaxations on May 27th, the official government state of emergency will be lifted on Friday, June 19th.

The state of emergency was first declared on March 16th.

This is the date when the state of emergency will end in the southern Swiss canton of Ticino.

Ticino, which shares a long border with northern Italy, has been the hardest hit canton on a per capita basis.

In addition to a longer state of emergency period, Ticino was also the last to emerge from the lockdown restrictions.