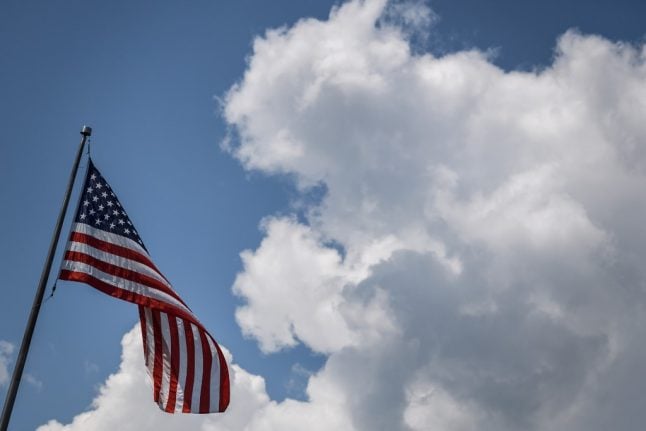 Travel to the United States is not yet possible. Photo by Fabrice Coffrini / AFP

In March, the US closed its borders to all non-essential travel from abroad, including Switzerland. The ban was originally supposed to be in place for 30 days, but it was since renewed for an undetermined period by President Donald Trump.

Currently and until further notice, these people are the only ones allowed to enter the country, according the US Embassy in Switzerland:

So unless you fit into any of these categories, you won’t be able to enter the country for the time being.

READ MORE: UPDATED: Where can you travel to from Switzerland – and when?

If you do qualify, there are several flights that connect Zurich and Geneva with US airports: four flights a week to New York (JFK), three flights to Newark (NJ), and twice a week to Chicago.

Starting in July, flights to Las Vegas and Tampa, Florida are also planned.

While you can book these flights on the SWISS website, keep in mind that they could be operated by sister airlines Edelweiss, United, or Lufthansa.

Also keep in mind that currently any aircraft coming from abroad is authorised to land at only 13 US airports, where, according to the Department of Homeland Security, “incoming travellers first pass through standard customs processing”, then proceed to “enhanced entry screening,” where passengers would be asked to self-report their medical history and current health condition; they also may be asked to self-quarantine.

These are the approved airports for international arrivals:

All this sounds onerous and quite complex.

But wait, there could possibly be some good news on the horizon:

At a press conference on June 2nd, President Trump hinted that Europeans from countries with low rates of infections – which includes Switzerland – may soon be permitted to travel to the United States.

On the other hand, Dr Anthony Fauci, a leading member of the White House Coronavirus Task Force, said in an interview with a UK newspaper that opening up America to foreign travel could still be months away, and may not come until a coronavirus vaccine is available.

“Looking at what’s going on with the infection rate, I think it’s more likely measured in months rather than weeks”, he said.

However, according to reports in the US media, Fauci and Trump don’t see eye to eye on issues relating to Covid-19. And the President is known for making unilateral decisions, so it is possible that his wish to re-open the country to international travel in the near future will prevail.

If you are eligible to enter the US right now, you will find reasonable ticket prices.

For instance, a fare to and from Zurich and New York with the departure on June 29th and return on July 6th costs 679 francs. A flight to Chicago on the same days is slightly more expensive at 769 francs, but still reasonable for a long-haul flight.

However, keep in mind that when the US borders re-open to foreign tourists, prices of tickets will likely soar, as airlines will try to recoup the losses they suffered during the pandemic.