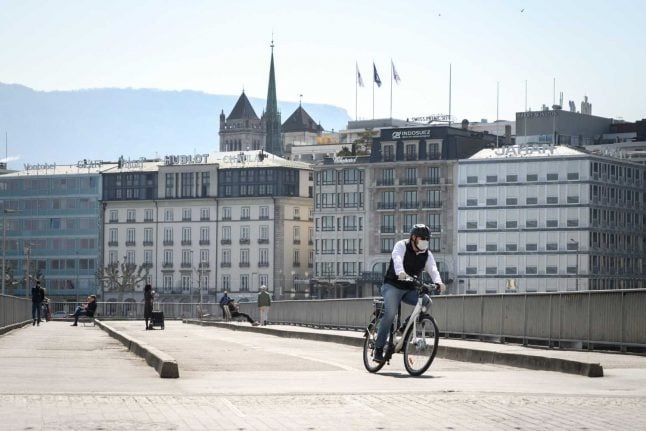 The long-simmering stand off between the government and health experts over coronavirus face masks has come to a head in recent days, after the Federal Council rejected a mask requirement for public transport and stores at a meeting on June 19th.

Instead of mirroring its neighbours, Switzerland issued an ‘urgent recommendation’ for wearing masks on public transport and appealed to Swiss commuters’ ‘personal responsibility’ to protect themselves and others.

This adds to the existing recommendation to wear masks in retail stores.

The Federal Council did however decide that masks are now compulsory for protests and rallies.

As of Monday, March 22nd, protests can now include up to a maximum of 1,000 people. In practice however, the police has only enforced the measurers at smaller protests – i.e. earlier in the lockdown when the maximum was 5.

Coronavirus rules: Does Switzerland have 'double standards' for protests?

Are masks the responsibility of the canton?

In avoiding implementing a mask requirement, the federal government argued only the cantons could do so.

At this stage, no Swiss canton has so far implemented a mask requirement.

“If the epidemiological situation in a canton requires the introduction of a mask, then that is permissible,” he said.

“But the cantons have to coordinate well, because many people commute between cantons and are accordingly affected by such a measure.”

Cantonal health authorities are set to meet on Thursday, June 25th, to debate whether masks should be made compulsory in public transport.

As reported in the Neue Zürcher Zeitung on Wednesday, cantonal authorities could decide to do so en masse or individually. A discarded mask on the train in Geneva. Photo: FABRICE COFFRINI / AFP

Geneva Health Director Mario Poggia has called for a mandatory mask requirement in public transport as soon as possible.

“At peak times, people are forced to get very close. That worries me,” he told Swiss media.

Poggia said while each canton may decide to do so, a federally coordinated response was needed.

“It would be difficult to convey why the obligation no longer applies as soon as a train crosses the border to the canton of Vaud.”

Lucerne Health Director Guido Graf agrees, saying a mask requirement is necessary and should be implemented across all cantons.

Poggia says Geneva has already started accumulating masks and hopes to have 50 million by December to sell at rates “cheaper than supermarkets” so that the entire canton would be protected.

Why no mask requirement?

Swiss authorities have been reluctant to put in place mask requirements for a number of reasons, the main one being a lack of available masks. A study from June 18th showed only six percent of transit passengers wore masks in Swiss cities.

The Association of Public Transport has a slightly higher estimate, saying that approximately one in 10 Swiss commuters wears a mask on public transport. In an interview, Kuster said “you need masks” when referring to people using public transport.