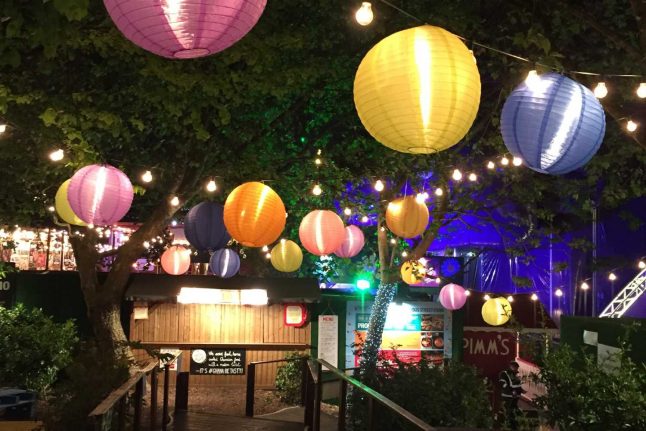 Photo by Melissa from Pexels

The management of the Parktheater in Solothurn said it was considering suing the attendee who reportedly attended a private party at the venue in late June despite knowingly being infected with the coronavirus, Swiss media is reporting.

After the incident, 280 people were forced into isolation – including members of the club’s staff.

Swiss tabloid Blick reported late on Monday that all who attended the party in late June were forced into a ten-day quarantine.

The newspaper reports that the infected woman, as well as several other attendees, later moved on to the Joker Club, risking further infections.

Q&A: What travellers to Switzerland should know about the new 10-day quarantine rule

As a result of the incident, all parties have been cancelled in the city of Grenchen.

‘I am incredibly angry – what audacity’

Thomas Vogt, Chairman of the Parktheater, said the management of the venue was incensed and was considering taking legal action against the woman in question.

“It makes me incredibly angry. What audacity”, Vogt said.

“Our employees are also affected, they too have to be quarantined. That is why we will examine legal steps.

“We have carefully implemented all measures. The police commander assured us that we did everything right. The party was approved because it was held outdoors and the distance could be kept.”

'ID and a functioning phone': These new rules will apply in Zurich nightclubs as of Friday

Cantonal authorities have also confirmed they are looking at criminal law avenues to take against the woman.

In Switzerland, nightclubs and private parties are allowed to accept up to 300 guests, provided personal contact information is recorded so attendees can be contacted if an infection is detected.

Anyone who has a positive coronavirus diagnosis, as well as anyone with symptoms, is forbidden from attending public events.

In Switzerland, negligent breaching of coronavirus rules can attract a fine of up to CHF5,000 – while intentionally doing so attracts a maximum fine of CHF10,000.

It is the latest in a series of ‘superspreader’ events at Swiss nightclubs which have forced hundreds of people into quarantines across the country.

In addition, 20 people have tested positive among 100 attendees at the Tesla Bar in Spreitenbach.