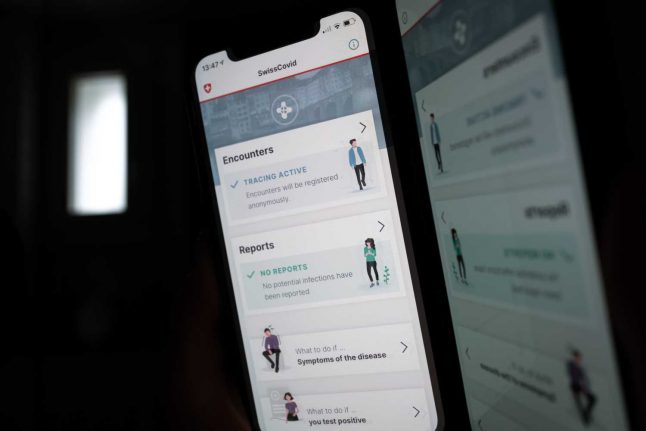 Under the name ’No to SwissCovid’, advocates are hoping to amend the country’s epidemic law in order to ban the app.

The initiative was founded by Jean-Luc Addor, a national council member from the right-wing Swiss People’s Party.

They say the government has gone too far in developing and rolling out the app, which impinges on the personal freedoms of Swiss citizens.

In a statement accompanying the launch of the campaign, Addor says “the authorities of the country operated a coup d'état at the time of the pandemic by granting themselves the right to impose laws, we launch into resistance and ask that the last word return to the citizen”.

“With this tracking system, we put one foot in the door of your privacy. The data will not only be accessible by the Swiss authorities, but by the rest of the world. We know the flaws of this tool, the application must use the operating systems of Google and Apple, but we know the appetite of these giants of the Net in terms of data collection.”

Addor said he was concerned the app would become mandatory in the future, citing the implementation of the mask requirement in public transport in Switzerland.

Launched on June 25th, the app – entitled SwissCovid – is voluntary and the government has repeatedly promised it will not be made mandatory.

It has been made free to members of the public.

The initiative hopes to gather 50,000 signatures by October 8th, which would then force it to be put to a referendum.

The chances of the referendum’s success appear limited however, as almost two million Swiss have downloaded the app in the four weeks since its launch.

While this does not reach the 60 percent threshold researchers were hoping for, it exceeds the 20 percent target that the government wanted to reach when the app was launched.

At least 20 percent of the population are unable to download the app as it cannot be used on older phones, undermining the campaign’s argument that it will be made compulsory for all Swiss citizens.