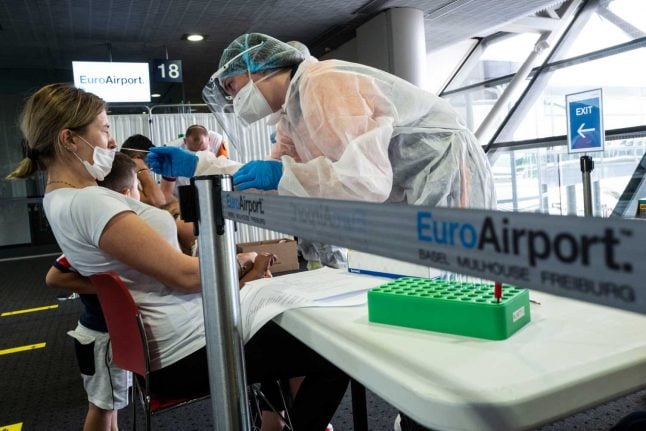 Despite escaping the worst of the pandemic in the early months, coronavirus has made a resurgence through Switzerland’s German-speaking cantons in recent weeks.

New figures produced by health authorities in several cantons have shed light on how people in the canton have become infected with the virus.

UPDATE: Families, not nightclubs, are the biggest sources of Covid-19 infections in Switzerland

The information comes after the Swiss government was forced to backtrack on an announcement that most new infections across the country came from nightclubs, bars and restaurants, before releasing updated, accurate information which showed most people were infected by family members.

In Zurich, the source of new infections is much the same – with almost half coming in the home.

In total, 48 percent of Zurich’s infections came in a person’s own household, followed by 15 percent at work, 11 percent from friends and family and eight percent in international travel.

The figures also showed that the majority of new infections were from unknown sources (65 percent) compared to those who knew where their infections came from (35 percent).

The figures are similar in almost all of the cantons surveyed, with Basel's 38 percent infection rate from international travel a major outlier.

The Swiss government came under fire for releasing the inaccurate information.

Christoph Ris from the Bar and Club Commission in Bern told Swiss media outlet Watson that the government had “dragged an entire industry through the mud” in suggesting that clubs were a major infection source.

The Federal Office of Public Health (FOPH) said on July 31st that 42 percent of infections recorded in Switzerland over the past two weeks happened in nightclubs, and a further 27 percent in bars and restaurants.

Dozens of people in various regions of Switzerland have tested positive and hundreds are under preventive quarantine after contaminations that happened at the so-called 'superspreader' events in bars and nightclubs.

The most recent one occurred last week in Fribourg, where 240 people are quarantined after being exposed to infected individuals. However, on Sunday the FOPH retracted its previous statement, saying it had made a mistake in its calculations.

Most coronavirus transmissions happened through contacts with infected family members rather than at clubs, discos, and other nightlife venues, the FOPH said. It also apologised “for the erroneous information” it published last week.

Of the 793 clinical reports that FOPH received from cantonal health offices between July 16th and August 1st, the highest number of infections, 216, occurred within the family.