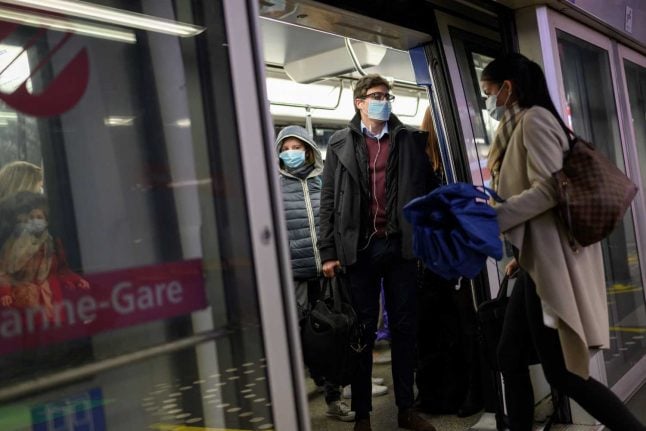 Masks have been compulsory in public transport in Switzerland since July 6th.

In a poll conducted by The Local Switzerland from late July to early August, ten percent of our readers told us they had faced abuse for wearing a mask.

Some had been abused for wearing masks before the requirement came into place, while others found themselves the target of insults more recently. One said they were “stared at and given dirty looks for wearing a mask” while another said “It seems people think or look at you as if it is laughable that you are using masks.”

One reader, Steve M from Argentina, was accused of being ‘irresponsible’ for wearing a mask.

Balazs H, from Hungary, said he saw people abused for refusing to wear masks on a Swiss Air flight but that the staff did nothing.

“Ön Swiss air where passengers refused to wear and airline didn’t do anything.”

Max, from Canada, said while there were some mask skeptics in Switzerland, there were also plenty who wanted to put them in their place.

“We got yelled at for wearing masks in a grocery store by an older person, luckily others were so friendly to argue for us.”

Several others said they were abused on social media for failing to wear a mask.

Rachael C, from the UK, said she was yelled at in the street in Geneva for getting off a bus while wearing a mask.

“After a bus journey before the compulsory requirement, I was wearing a mask and got off the bus to walk home. An old, drunk man screamed at me in the street in Geneva.”

“He called me crazy but because I am still learning French I still couldn’t understand everything he said. Some boys intervened, told him I was with them and to leave me alone.

Gianni S said the most concerning aspect of the abuse was that “there are many who believe that the virus is gone”.

Infection rates have risen consistently in Switzerland since the start of July.

‘Just explaining how to wear it properly’

Some readers explained that they had seen examples of people being told to wear their masks properly in public.

In public transport or elsewhere, our readers pointed out numerous examples of people wearing masks under their chins or exposing their noses.

Henrique S from Portugal said he didn’t consider telling someone to wear their mask properly counted as “abuse”.

“People should be responsible on wearing the mask properly, therefore I do not think that mentioning how to use it is being abused.”

Abused for not wearing masks

While they were in the minority – less than 10 percent of more than 200 respondents said they were in favour of the mask requirement – there were some who faced abuse for failing to wear masks.

One reader who refused to give his or her name said they had been shamed for not wearing masks outside.

“Yes. It’s ridiculous. People (are) Asking me to wear a mask in the mountains whilst hiking and in a park queuing outside. People are just full of fear.”