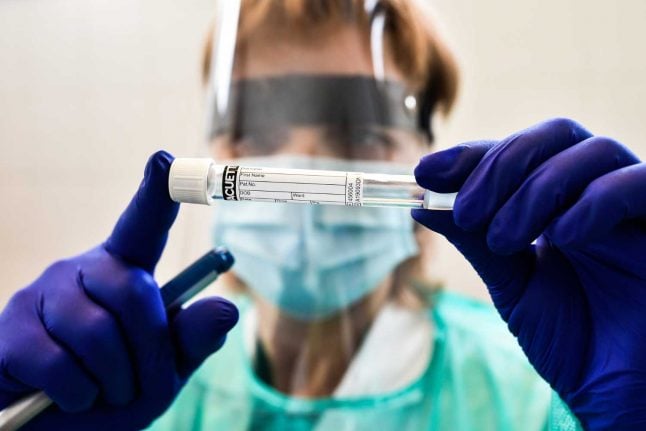 The number of Covid-19 tests is on the increase in Switzerland. Photo by AFP

The wealthy Alpine nation managed to avoid the worst of the pandemic despite bordering Italy, Europe's early epicentre for deaths and infections.

In mid-March, Switzerland introduced restrictions aimed at halting the spread, though it stopped short of the strict confinement imposed by some of its neighbours.

It eased off its restrictions in gradual stages — but case numbers have been steadily on the rise since late June.

He flagged a recent “distinct decrease in discipline” from the public, urging people to respect physical distancing and quarantine rules.

The health ministry said on Friday 306 new cases had been reported in the previous 24 hours, taking the total number of cases recorded to 39,232 — of which 1,505 have come in the past seven days.

Daily rates peaked at over 1,000 in mid-March before plunging to a few dozen between mid-May and mid-June, but have been steadily increasing since then.

Switzerland, which has so far recorded 1,719 deaths in the pandemic, began gradually easing its restrictions from April 27, allowing larger gatherings and reducing the distance people were required to keep from each other.

Many schools have already resumed after the holidays with primary and middle schools generally not requiring students or teachers to wear masks, sparking some concern that new spikes in cases could lie ahead.

Switzerland is carrying out around 10,000 tests a day, and the country of 8.5 million people has now conducted approaching a million such tests — 5.1 percent giving positive results.