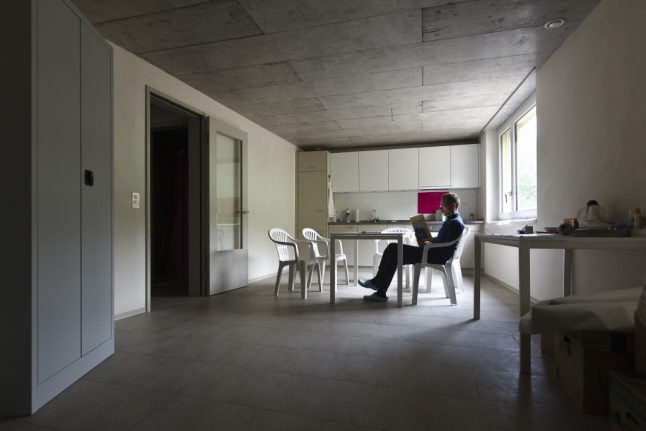 Readers say there are no controls too check quarantine compliance. Photo by AFP

A country is considered at risk from the moment the number of cases exceeds 60 cases per 100,000 inhabitants over 14 days.

According to the Federal Office of Public Health (FOPH), on August 24th, 15,033 people are in quarantine after arriving in Switzerland from a country at risk.

On August 10th, The Local asked its readers to share their own experiences of returning to Switzerland from a high-risk region.

We particularly wanted to know whether they complied with the requirement to register their return with their cantonal health authorities, and whether their quarantine was monitored.

From the dozen responses we received from different cantons, a common message emerged: local authorities rarely, if ever, control quarantine compliance on their territory.

“I was quite surprised at the lax measures in place”, said Mary Gambart who returned from the United States to her home in Fribourg on July 9th, just three days after the quarantine went into effect.

She “social distanced at home and followed all the rules”, but no checks were made by the canton.

“The bottom line is that if you are going to follow a quarantine, it must be enforced,” she said.

READ MORE: Where do ‘quarantine cheaters’ live in Switzerland and how are they caught?

D.E. flew back to Switzerland from New York on July 22nd and quarantined in Gstaad, canton Bern.

“Twice during my quarantine I received a call to check up on me, in the beginning of the quarantine and on the last day. They asked if I had any symptoms and my quarantine arrangements,” he noted.

D.E adhered to the quarantine but if he had not, “there was no way of knowing, so I don’t think it’s a reliable system”. Another reader, Joshua Steiner, came back from Saudi Arabia via Frankfurt. When he got to his home in Neuchâtel, “I went online to the cantonal health form for travelers and filled that out to register for the quarantine.”

“On Friday July 31st, someone from the cantonal health authorities called and confirmed I had registered. She asked if I had any symptoms, and if I understood the requirement to quarantine for 10 days,” Steiner recounted.

The person from the canton confirmed the date the quarantine would end and said someone may be following up.

“But there was no follow up by phone or email. No home visit. Nothing”, he added.

When another reader, Elisabeth, returned from Sweden on August 5th, she duly registered in her home canton of Zürich.

“Someone from the canton called twice to check up on me, but there was no way for them to know whether I was actually home or not,” Elisabeth said.

'Nobody checked up on me'

A reader from Vaud, Paul Bowen, didn’t even receive as much as a phone call.

Bowen returned from Spain on August 9th, registered for the quarantine, and stayed home for 10 days.

Between the start of his quarantine and the end of confinement on August 19th, “nobody had checked up on me”, he said.

Other readers, from cantons Geneva, Basel, and Valais, reported the same lack of follow-up — a phone call in some cases, but mostly nothing and certainly no home visits.

The Local checked to see if there is official data on how many rule-breakers have been caught so far, and what kind of penalty was imposed.

The maximum penalty for not complying with the quarantine is 10,000 francs.

However, we have not been able to find any reliable information on how many people, if any have had to pay this fine.

It is possible that as time goes by and cantons get better organised at enforcing the quarantine, a more stringent monitoring system will be put in place.