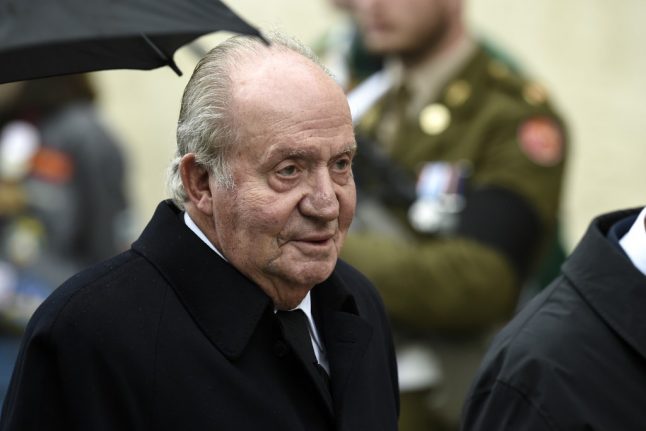 King Juan Carlos is being investigated by Geneva's judicial authorities. Photo by AFP

Danish-born business consultant Corinna Larsen told prosecutors in Geneva she paid six million pounds (6.7 million euros) for Chyknell Hall Estate in western England and spent a similar amount renovating it, according to her testimony that Spanish daily El Pais says it has seen.

Since 2018, Larsen has been under investigation for suspected money laundering and the chief prosecutor in Geneva is probing the purchase of the home because it took place after she received the gift from Juan Carlos and because of the “opaque structure” she set up to buy it, the newspaper said.

The 200-acre (81-hectare) estate includes a mansion with 11 bedrooms, a library, a swimming pool and cricket field.

Larsen told Swiss prosecutors she bought the property through a trust fund registered in Panama that listed her son, who was 13 at the time, as its beneficiary.

Larsen, who was the former monarch's lover between 2004 and 2009, has said she received a significant amount of money from Juan Carlos in 2012: 65 million euros ($77 million) according to Swiss daily La Tribune.

In an interview with the BBC broadcast on Thursday, she said he made this “enormously generous gift” out of “gratitude for looking after him” and because he valued her son.

Larsen is one of three people under investigation in Switzerland over $100 million which Juan Carlos received in 2008 from late Saudi king Abdullah in a Swiss bank account.

Both Larsen and Juan Carlos have denied that she held money in the former king's name.

While Juan Carlos is not under formal investigation, the revelations made by Larsen have raised legal questions about the former king's financial affairs which officials are looking into in Spain and Switzerland, and pushed him to move to the United Arab Emirates on August 3.

Despite his self-imposed exile Juan Carlos, who abdicated in 2014, has said
he remains available to prosecutors.