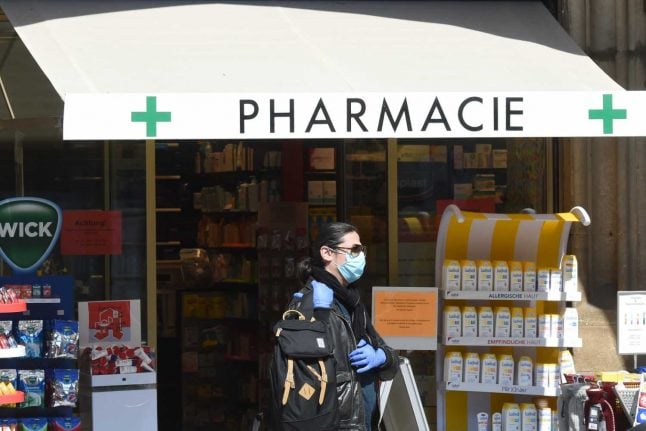 Photo: CHRISTOF STACHE / AFP
The Social Democrats, Swiss People’s Party and the Evangelical People’s Party said tests should be made available in pharmacies before the autumn break.

The tests will be available on a ‘walk in’ basis, i.e. anyone wanting to be tested would not need to obtain a prescription or a referral from a doctor.

The advocates of the plan argue that it would reduce the burden on doctors and medical centres, while also making tests easier to obtain for anyone who wants one.

“By far not all medical practices carry out tests. They are mainly available to patients who have Covid symptoms,” the plan states.

The plan would allow for international travel to again start operating smoothly.

“Today more and more countries require a negative Sars-CoV-2 PCR test result to be presented when entering the country” the plan states.

By making these tests available in pharmacies, the plan would improve the outcomes for “entire sections of the economy” which are reliant on trips abroad.

Authorities had been reluctant to impose a mask requirement in Switzerland's most populous canton, however their hand was forced by rising infection rates.

Events and entertainment venues will no longer be able to have more than 100 attendees, unless they have an approved protection concept.

The decision to implement the mask requirement was made on Monday evening, August 24th.

Zurich now has 65 new infections per 100,000 residents over the past 14 days, above the Swiss government's threshold of 60 per 100,000 which sees countries designated as 'high risk' and warranting quarantine.

Correction: This article previously stated that masks were required in restaurants and bars. As of August 27th, masks are only compulsory in shopping centres, supermarkets, markets and shops in Zurich.