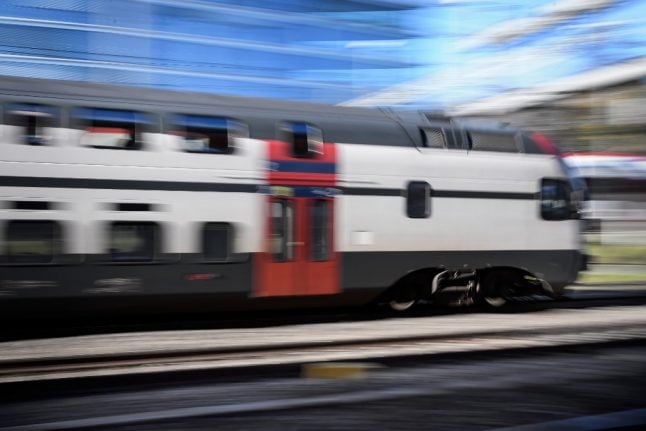 Train is now circulating between the airports. Photo by AFP

Flights between the two airports were used mainly by Geneva passengers connecting to international flights in Zurich.

In the past months SWISS has re-started some of the operations that were suspended during the lockdown, and added new destinations to its schedule.

However, there are now only two to four daily flights between Geneva and Zurich.

READ MORE: Coronavirus: Life goes on in Switzerland but it's far from business as usual

The airline said that while it is enough to carry the limited number of travellers between the two airports, it can create longer layovers for international connections.

For this reason, SWISS is replacing air connections between the two major airports by up to 10 ‘airtrains’ circulating between Geneva’s airport (Cointrin) or central station (Cornavin), to Zurich’s airport.

The airline is offering this option in cooperation with Swiss Federal Railways.

While the three-hour train ride is longer than the 35-minute flight between Geneva and Zurich, “these more frequent train options open up significantly greater choice and flexibility for travellers”, the airline said.

The airtrain is also available to and from Basel and Lugano airports to passengers travelling on SWISS or its codeshare Edelweiss flights.

To travel by train to Zurich airport from one of the three cities, passengers will need one of these documents: