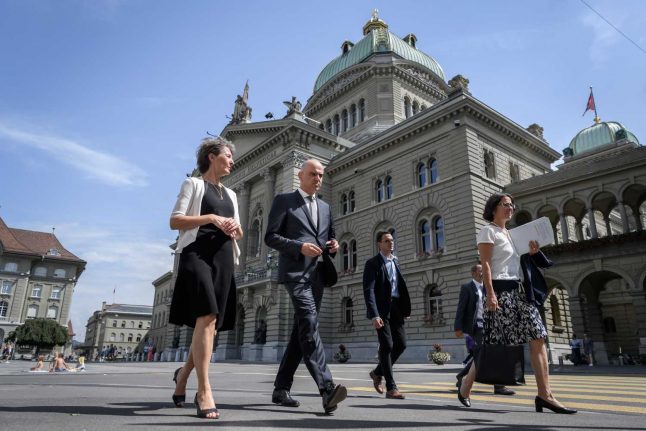 At a press conference on Wednesday, Swiss Health Minister Alain Berset announced that Belgium would be removed from the list of high-risk countries.

Swiss media outlet Watson reported that Belgium would be taken from the list, although Berset did not indicate when the update would be formally made.

The Federal Office of Public Health has not yet responded to a contact request from The Local for a clarification on the date.

Belgium was added to the list in mid-August due to rising infection rates.

Switzerland’s threshold for being included on the ‘high risk’ quarantine list is 60 infections per 100,000 inhabitants.

Despite rising infection rates pushing France over the threshold, Berset said on Wednesday that France would not as yet be placed on the list.

“We want to take into account that the situation (in France) is different from that of other countries,” Berset said.

“We talked about the situation in France. They know the situation, they know the conditions. France has more than 60 cases per 100,000. But there is no automatic way of putting a country on the quarantine list.”

Berset said the government would continue to deliberate whether to place France on its mandatory quarantine list.

Belgium also has placed parts of Switzerland on its quarantine list, although the Kingdom is one of the few countries to do so on a canton-by-canton basis.

Currently, 13 Swiss cantons are on Belgium’s ‘recommend not to travel list’, with a travel ban on Geneva downgraded to a recommendation not to travel.