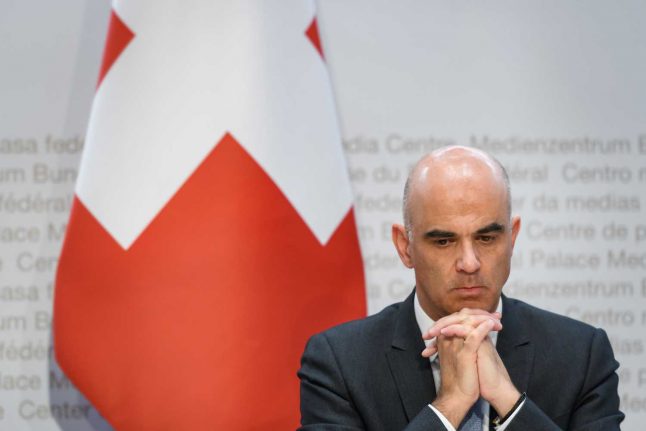 The health directors from Switzerland’s cantons met with federal authorities on Monday to discuss the measures the country has put in place to stop the spread of coronavirus.

At the top of the cantons’ list was the federal government’s mandatory ten-day quarantine requirement for all returnees from ‘high-risk’ countries.

A handful of cantons wanted to shorten the quarantine period, saying it was not proportional.

Swiss news outlet Le Temps reports that despite the cantonal protests, the federal government “does not intend to relax this measure”.

Bern State Councillor Pierre Alain Schnegg said imposing a shorter quarantine would be a more proportional measure which the public would be more likely to comply with.

“I think it is better to implement a shorter quarantine that is respected, rather than impose one (which is) too long that (will) not be.

UPDATED: Everything you need to know about Switzerland's quarantine requirement

“Several cantons have reported that quarantine is badly experienced by part of the population and places certain economic sectors under strong tension,” she said.

“I would like to ask for an in-depth reflection at the level of the Confederation to consider room for manoeuvre, such as being able to return to work wearing the mask after five days of isolation”

Mario Poggia, the Minister of Health for Geneva – Switzerland’s heaviest hit canton by the virus – said managing the quarantine “was time consuming and difficult”.

As reported by The Local Switzerland in August, government health authorities are reluctant to shorten the quarantine.

According to Rudolf Hauri, President of the Association of Swiss Cantonal Doctors, health authorities “are discussing shortening the duration of the quarantine by wearing the mask instead”.

However, Virginie Masserey, head of FOPH’s infection control, said that while the matter is being reassessed, “it would be risky to reduce the quarantine, which is already shorter in Switzerland than in other countries, where it usually lasts 14 days”.

Currently about 8,500 people are in quarantine in Switzerland due to exposure, and just over 16,000 after arriving from a country at risk.