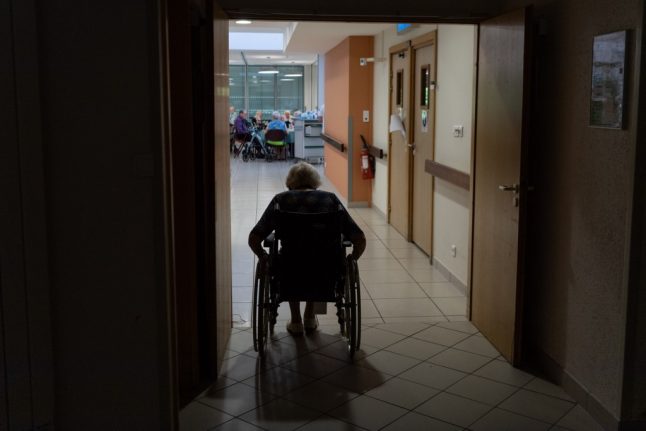 Elderly people in care homes are in the 'high-risk' group. Photo by AFP

The new clusters come amid a steady rise in cases in the country since mid-June, despite low and stable case numbers compared to its European neighbours.

In the Siviriez nursing home in the canton of Fribourg, 37 elderly residents and 19 staff members have tested positive for Covid-19. Seven people have died in the past week, the canton's authorities said in a statement Thursday.

Civil defence forces were called in to help and some sick residents have been moved to hospital as there were no longer enough staff to care for them, it said.

In the Maison Bourgeoisiale retirement home in Bulle, also in Fribourg, 21 residents and 13 staff have tested positive, the canton said, adding that one person there had died.

Other nursing homes in the canton have seen sporadic cases, it said, adding though that most of those had been among staff members.

Switzerland, a country of some 8.5 million people, has so far counted more than 45,000 cases of the novel coronavirus and over 1,700 deaths.

Despite bordering northern Italy — the early epicentre of the virus in Europe — Switzerland was not hit as hard in the first months of the pandemic and did not impose as strict a lockdown as some other European states.

Daily case numbers regularly topped the 1,000 mark in March, but hit a very low and stable level in mid-June. They have been steadily on the rise since then.

Since last week, authorities have repeatedly reported more than 400 new cases per day.