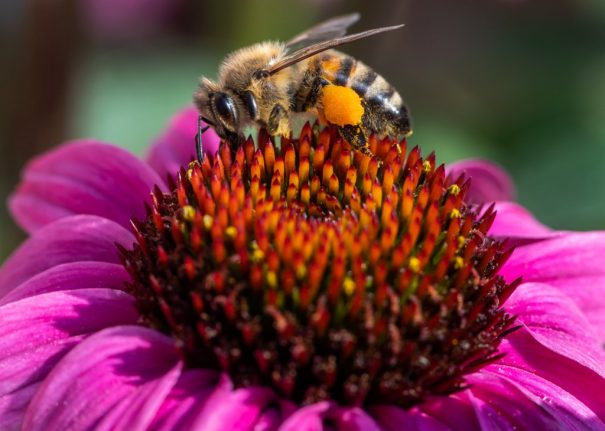 Health officials say there's no proof that the coneflower extract can cure coronavirus. Photo by AFP

Earlier in the week, Swiss media has published reports from a well-known laboratory in Spiez, in canton Bern, claiming to have found curative properties against the virus in a Swiss drug, Echinaforce.

The herbal medicine is made from the purple coneflower and is widely sold throughout Switzerland in tablet or liquid form.

The product’s Thurgau-based manufacturer, A. Vogel, claims on its website that the medication boosts “the immune system and the health of the respiratory system”.

READ MORE: One in five Swiss in favour of compulsory coronavirus vaccination

The company is marketing the drug as prevention against common colds and hasn’t made any claims about Echinforce’s coronavirus-fighting properties.

But Oliver Engeler, head of the Spiez laboratory’s virology department, said a study conducted by the lab found that “at a certain level of concentration, this substance has the ability to deactivate the Covid-19 virus”.

The news quickly spread on social media, sparking an unprecedented consumer demand for the product in Switzerland, along with illicit offers on various sites, according to RTS television.

In response, the Swiss Agency for Therapeutic Products (Swissmedic), issued a statement saying that “the study results have been partly misinterpreted”.

“The investigations in the laboratory were conducted with cell cultures and no investigations to date have shown any effect against the coronavirus in humans”.

Swissmedic added that as there are no credible studies on the exact effect of coneflower extracts on humans, “promoting the use of Echinaforce against coronaviruses is not permitted for reasons of patient safety”.

“Such promotion is classed as consumer fraud since it assumes that the product works in humans, giving people a false sense of security”, the agency added.