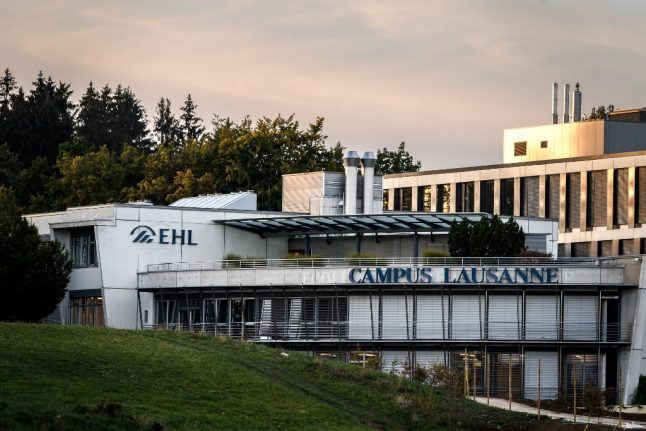 EHL Hospitality Management School of Lausanne had to quarantine 2,500 of its students. Photo by AFP

Around 75 percent of the total number of students at EHL Hospitality Management School of Lausanne have been asked to stay at home, or not leave their on-campus accommodation, until September 28th, the authorities in Vaud region said in a statement.

“A number of outbreaks have been reported within different departments, making it impossible to introduce a more targeted lockdown than the 2,500 students involved,” the statement said.

EHL, consistently ranked as one of the world's best hotel management schools, charges around 150,000 Swiss francs (160,000 dollars/140,000 euros) for its three-year bachelor programme for international students.

Switzerland's elite hotel and catering schools draw students from around the globe, although they face increasing competition from cheaper alternatives in Asia and the Middle East.

One or more private student parties — held shortly before the regional authorities ordered the closure of all discos in Vaud to stem the spread of the virus — appear to be the source of the outbreaks, the authorities said.

The regional authorities have also banned private gatherings of more than 100 people and made it mandatory to wear masks in all closed public spaces aside from shops with fewer than 10 people.

Switzerland, with a population of some 8.5 million, fared comparatively well in the first coronavirus wave, despite its proximity to Italy, which was the epicentre of the pandemic in Europe for a number of months.

But like several other European countries, it has experienced a resurgence in infections recently, reporting a total number of infections of 51,000 since the start of the pandemic, 4,800 hospitalisations and 1,772 deaths.