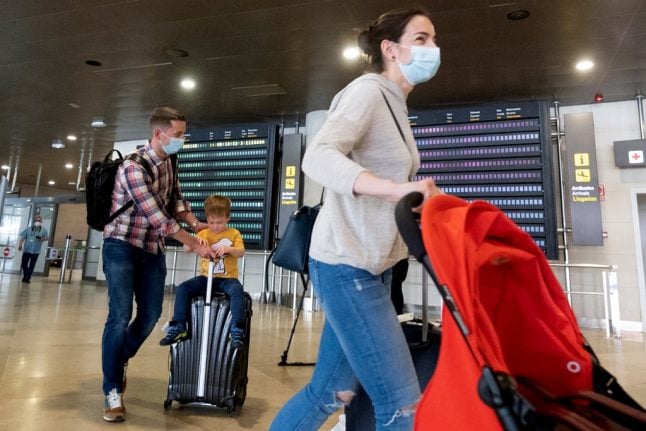 The 10-day quarantine restrictions, aimed at stemming the spread of the novel coronavirus, come into force from Monday.

Quarantine is already imposed on arrivals from 44 other countries, including Argentina, Brazil, India, Spain and the United States.

What you need to know about Switzerland's quarantine rules for travellers

Areas of Switzerland's neighbours France, Italy and Austria are also on the list, with Brittany, Liguria and Lower and Upper Austria being added from Monday.

“People who have spent time in a country or area with an increased risk of infection and then enter Switzerland must go into quarantine,” the health ministry said.

Switzerland defines such countries as ones where the infection rate over the last 14 days is more than 60 per 100,000 people.

The wealthy Alpine country said Friday that its own rate was 61.7 over the  previous fortnight.

The restrictions apply to anyone who has set foot in one of the countries or regions on the list during the previous 10 days, other than passengers in transit.

Some 10,148 people were in quarantine in Switzerland on Friday after returning from a country deemed to pose an increased risk.

Switzerland is meanwhile continuing to exempt immediate border regions in neighbouring countries from the quarantine requirements.

The government in Bern said earlier this month it was seeking a “pragmatic” approach by exempting areas impacted by heavy cross-border trade, and which are home to many who cross over daily to work in Switzerland.

Swiss daily case numbers regularly topped the 1,000 mark in March, but hit a very low and stable level in mid-June. Infections have been steadily on the rise since then.

Switzerland, a country of 8.5 million people, has recorded a total of 51,747 positive tests for the new coronavirus, while 1,777 people have lost their lives.