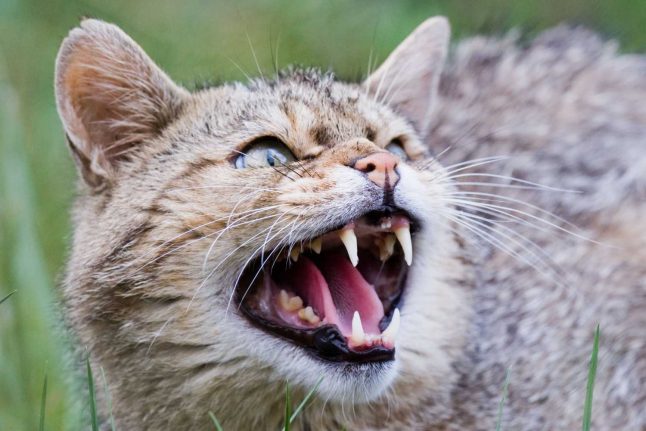 But now researchers are warning that the Swiss wildcat's rugged sex appeal for domestic house cats could spell its downfall.

The European wildcat had all but disappeared from the Jura mountains in western Switzerland until five decades ago, when the species began multiplying again there.

A team of biologists at the University of Geneva, in collaboration with Zurich University and Oxford in Britain, identified the new threat after mapping out mating between wildcats and their domestic cousins.

“The different modelled scenarios show that within the next 200-300 years — a very short period on the evolutionary scale — hybridisation will lead to an irreversible genetic replacement,” the University of Geneva said in a statement Tuesday.

This, it warned, would soon make it impossible to tell the difference between wildcats and domestic cats, as is already the case in Scotland and Hungary.

The researchers' findings, published in the review Evolutionary Applications, showed that while wildcats and domestic cats are considered two distinct subspecies, they can mate and give birth to fertile hybrid kittens.

Such “hybridisation” between wild and domesticated organisms is especially known to threaten the genetic distinctiveness for the wild species.

In Switzerland for instance, there are only a few hundred individual wildcats, compared to more than a million domestic cats.

“We project the fast introgression of domestic cat genes into the wildcat population under all scenarios if hybridisation is not severely restricted,” the study said.

If current hybridisation rates and population sizes remained unchanged, the study warned, “we expect the loss of genetic distinctiveness between wild and domestic cats… in one hundred years”.

But under other scenarios, involving, for instance, a faster-growing wildcat population, the process could take longer, it added.

Call of the wild

According to the study, between five and 10 percent of contacts between wild and domestic cats have resulted in births of hybrid kittens.

Juan Montoya-Burgos, lab chief at the University of Geneva's Department of Genetics and Evolution and co-author of the study, warned that the research pointed towards “irreversible genetic replacement, leading in time to the disappearance of the wildcat”.

“Only halting coupling of the two species will allow for the conservation of the wild species,” he said in the statement.

The researchers stressed the need for “a drastic reduction of hybridisation opportunities”, urging the sterilisation of all female domestic cats in areas bordering on forests.

Domestic females, they said, should be the main focus, since they appear far more willing to mate with wild males than their wildcat counterparts are willing to submit to domestic males.

“If we remain passive, the threat facing wildcats in the Jura could be irreversible.”