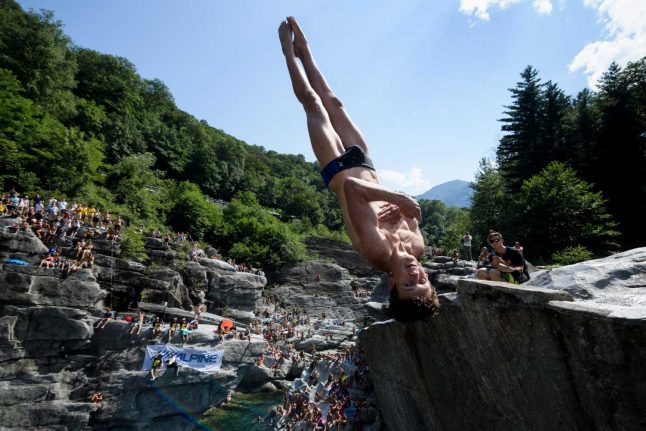 Diving into a long and healthy life in the southern canton of Ticino. Photo: FABRICE COFFRINI / AFP

For decades, the Mediterranean diet has been credited with a long and healthy life.

And while Switzerland is about as landlocked as they come, the southern canton of Ticino’s cultural, culinary and geographic ties to Italy appear to have given it an edge when it comes to life expectancy.

After Madrid, people in the Italian-speaking canton can expect to live the longest of anyone in Europe.

After Ticino, residents of the Lake Geneva region have the second-longest Swiss life expectancy – an average of 84.2 years.

People from Zurich and central Switzerland can expect to live an average of 84 years.

Swiss as a whole live 83.8 years on average.

The office did not elaborate on why people lived so long in Ticino compared to their Swiss counterparts, however it may have something to do with the region's spaghetti trees.