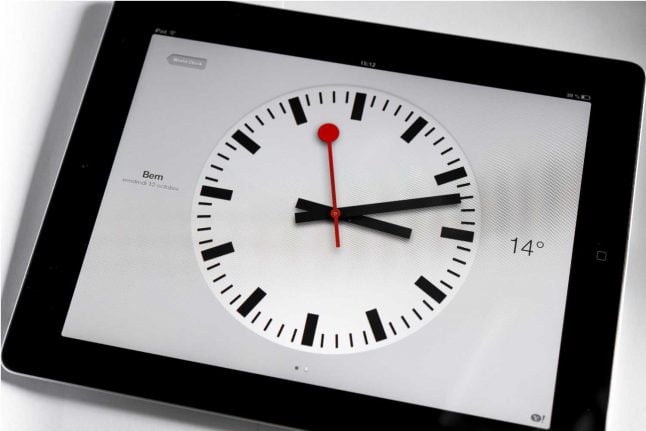 Large events will again be allowed in Switzerland, while the clocks will be wound back by the end of the month.

Here's everything that changes in Switzerland in the month of October, 2020.

From concerts to sporting events in stadiums, the Swiss government has again allowed large events to take place from Thursday, October 1st.

Event organisers and venues had the whole of September to prepare their ‘protection concepts’ in order to allow events with more than 1,000 people to take place.

And while sporting fixtures narrowly avoided an alcohol ban, things are likely to look pretty different than they did before the pandemic.

READ: Here's how large events will look in Switzerland from October 2020 There's no greater signal that winter is coming than winding back the clocks.

From Saturday October 24th to Sunday the 25th, the clocks need to be wound back from 3am to 2am.

If you won't be awake at that time, we don't recommend waking up to do it.

This extends the night by an hour – good news for anyone who likes sleeping.

In the last days of September, Switzerland added more than a dozen new countries to its 'high risk' list, including the United Kingdom, Belgium and the Netherlands.

Arrivals from countries on the list will be forced to quarantine upon arrival in Switzerland for ten days.

This list changes frequently and can be expected to change in October.

Be sure to stay tuned to The Local to keep up to date.

UPDATE: Which countries and regions are now on Switzerland's quarantine list

Swiss media reported that SWISS and its mother airline, Lufthansa, will introduce rapid tests to detect Covid-19 in its passengers from October.

Vaccinations available in pharmacies in Aargau

From October 1st, vaccinations will be available at pharmacies in the canton of Aargau.

With Aargau added to the list, there are now 23 cantons where vaccination in pharmacies is offered.

Only Ticino and the Appenzells do not allow it. A full list – including lists and locations of pharmacies in each canton – is provided here.

Despite the pandemic, Swiss has announced it will again start flying to a number of international destinations – resuming 85 percent of its pre-pandemic destination list.

From October, Swiss will again fly to Boston and Johannesburg, along with Munich and Wroclaw.

From October, Swisscom will combine Kitag, Bluewin, Teleclub and TV into the one brand.

Known as ‘Blue’, it will replace Kitag, Bluewin and Teleclub.

For non-Swisscom users, Blue TV will now be available free of charge.

Amazon Prime Video will now also be available for Blue TV. More information about the changes is provided here.

Rega – Switzerland’s internationally renewed air rescue service – will be on the ground in Uri from October 1st onwards.

Currently, Rega’s emergency services operations in Uri are restricted by a lack of emergency doctors in the canton.

Health Director Christian Arnold said in a statement “The Rega emergency doctor vehicle represents a valuable addition and improvement to the emergency medical care of the people of Uri.”