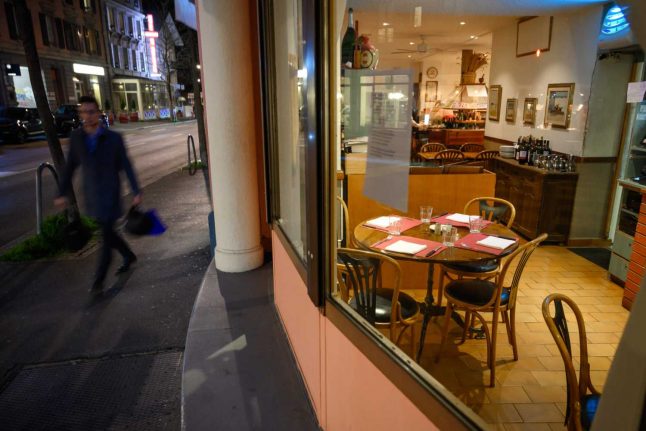 One in three Zurich restaurants has not complied with corona protection rules. Photo: FABRICE COFFRINI / AFP

In the final week of September, authorities in the canton of Zurich carried out 475 checks on restaurants, clubs, events and shops in the Zurich area.

Of those, 115 violations were found – meaning that one quarter of all venues checked were violating coronavirus hygiene rules.

The violations were particularly common in restaurants, where 82 of the 243 restaurants checked were found to be breaking the rules.

Six of 41 checks on clubs found violations, while 16 of 84 shops were also found to be in violation.

Each week, Zurich canton publishes information about the number of checks carried out and how many violations were found. Information is also provided about entrants from high-risk areas to Zurich Airport.

Despite escaping the worst during the first wave of the pandemic, infections have been on the rise in Zurich in September.

The canton – Switzerland's largest – was named as the country's new hotspot on September 1st by the Swiss media.