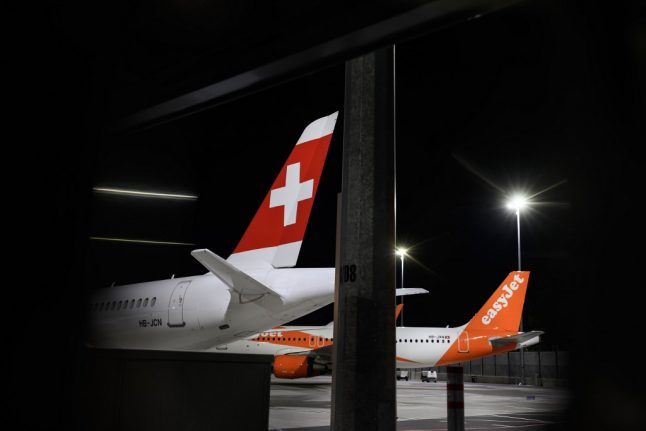 There are more more international flights from Switzerland. Photo by AFP

Though airlines haven’t totally recovered yet from huge losses they suffered during the lockdown, when non-essential international travel was banned, a number of flights have resumed in the past three months.

SWISS airline announced on Wednesday that it is expanding its existing route network from Zurich and Geneva, offering more European and overseas destinations.

Switzerland’s flagship airline is planning to offer 67 flights from Zurich and 21 from Geneva.

For long-haul flights, services to Boston, New Delhi, Johannesburg and Dubai will be added.

Some of these routes are codeshare flights with SWISS’ sister airline, Edelweiss.

The airline still flies to London Heathrow, but some connections have been cancelled due to the quarantine requirement in the UK.

Other airlines also fly from Switzerland to various European destinations.

For instance, EasyJet flies from Geneva to Barcelona, Porto, Lisbon and Nice.

And Helvetic Airlines just announced it will fly from Zurich to Florence at the end of October.

The best way to see where various airlines, including regional and charter carriers, fly at any given moment is to check the websites of each of Switzerland’s international airports:

Before you make any plans to go abroad, however, keep in mind that flights are still being cancelled from time to time, so patience, flexibility, and travel insurance may be required.

READ MORE:  UPDATE: Which countries and regions are now on Switzerland's quarantine list