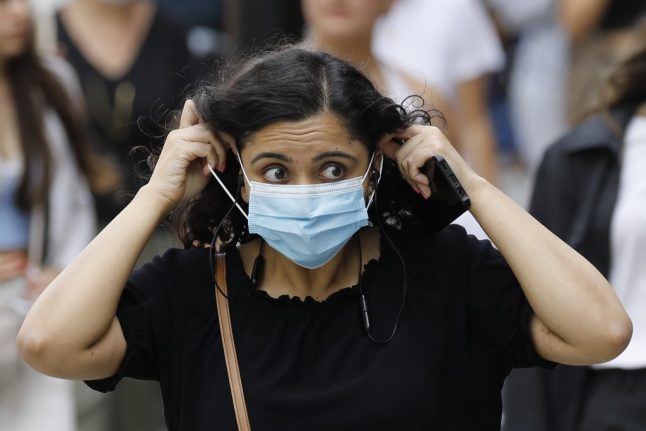 The number of Covid-19 cases has soared in Switzerlands in the past days. Photo by AFP

Faced with the recent jump in case numbers, Health Minister Alain Berset on Tuesday urged the Swiss to “get a grip” by respecting physical distancing and hand hygiene in private as well as in public.

The situation is “not easy at the moment”, he said, according to Switzerland's ATS news agency.

In order to avoid closing down establishments, “we have to stick to the ground rules”, he said.

Birthday gatherings, private parties and slackening diligence when it comes to distancing, mask-wearing and hand hygiene “work against us”, Berset stressed.

“These figures are worrying,” Professor Didier Trono, head of the Laboratory of Virology and Genetics at the EPFL science and technology university in Lausanne, told public broadcaster RTS.

Pointing to other European countries where a second wave of infections
began several weeks ago, he stressed “there is no reason to think that the Swiss are different, nor that the virus in Switzerland is different.”

Despite bordering northern Italy — the early epicentre of the outbreak in Europe — Switzerland was not hit as hard by Covid-19 deaths and did not impose as strict a lockdown as some other European states.

Infections rose consistently after that, before the big jump in recent days.

Switzerland reopened its football stadiums and ice hockey arenas to big crowds again on October 1. Arenas can be two-thirds full and fans must wear masks.

However, the picture is varied across the country, with the cantons of Geneva and Vaud, which contains Lausanne, the hardest hit.