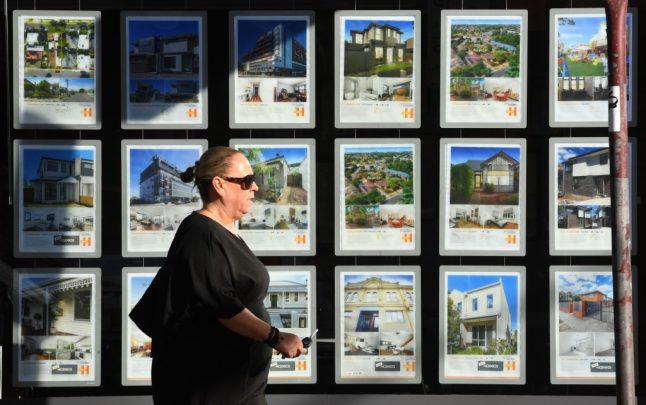 A woman walks by a display showing properties for sale.Photo by AFP

According to a Swiss comparison portal Comparis, mortgage rates have been decreasing in the past few months, making the purchase of a house or apartment cheaper than before.

Between July and September 2020, indicative rates for 10-year fixed mortgages decreased from 1.11 percent to 1.05 percent.

For five-year loans, the rates are now set between 0.91 percent, as compared to 0.95 percent three months ago. And for two-year terms, they dropped from 0.89 to 0.86 percent.

READ MORE: Zurich has one of the world’s 'riskiest' housing markets

Frédéric Papp, Comparis’ financial expert, said that given the number of mortgage providers, rates will continue to be low for the next several months.

“Pension funds and insurers have broadened their mortgage offerings, some of them following a very aggressive strategy, leading to plummeting rates”, he said.

“But banks are now offering rates as competitive as pension funds and insurers,” he added.

Papp also pointed out that Comparis’ interest rate data is based on indicative rates from more than 50 credit institutions.

And there is even more good news for potential buyers.

“Experience shows that in most cases the rates quoted in mortgage offers are even lower than the official indicative rates”, he said.

You can calculate the mortgage rates in your area here.