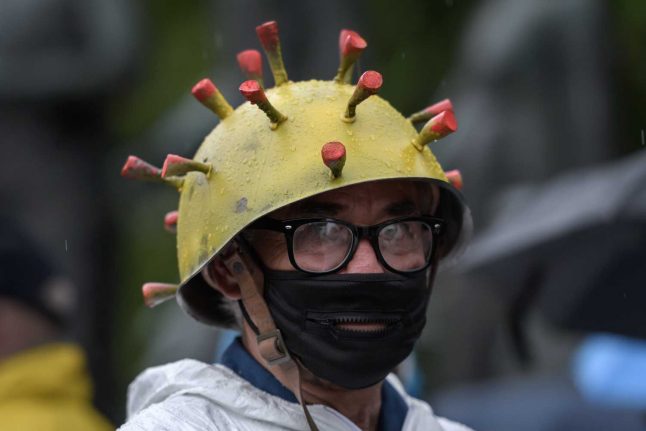 Where in Switzerland is the coronavirus pandemic rearing its head again? Photo: FABRICE COFFRINI / AFP

After weeks of declining infections across the country, there has been a significant increase of new cases in the past 72 hours.

Why are infections increasing?

Swiss authorities have called for calm over the new infections, saying they represent a small time period and are not indicative of a broader change.

The FOPH told 20 Minutes “the time period is too short to even speak of a trend”.

“People are struggling more and more to consistently adhere to the measures. In addition, mobility and – especially during the autumn holidays – travel activity in the country itself has increased.”

Epidemiologist Emma Hodcroft told 20 Minutes that declining temperatures may be behind the rising rates.

“In the last week and a half, the temperatures have dropped significantly. I wouldn't be surprised if this changed people's behaviour,” she said.

“You meet more friends inside, close the windows and heat the interior. All of this could lead to a higher risk of infection.”

More measures in fall and autumn?

Experts were split on whether rising infections should lead to greater lockdown restrictions.

The GDK said the priority was enforcing existing rules like masks and social distancing, but others such as again banning large events should be considered.

“It is also possible for the cantons to revoke or restrict a license (to hold a large event) that has already been granted under certain circumstances – for example if the epidemiological situation worsens significantly between the granting of the license and its implementation.”

Tanner however said the increases were not a cause for concern – and that the cantons should be left to manage rising infections.

“You have to take the increase in numbers seriously, but you mustn't dramatise it,” he said.

Where are infections on the rise?

If the infection rates were extrapolated across the past 14 days, Switzerland would have eight ‘high risk’ areas according to its own metrics.

In order to set a fair and objective metric for placing a country on the 'high-risk' list, Switzerland set the threshold at 60 infections per 100,000 residents over the past 14 days.

This means that the total number of new infections must be calculated over the 14-day period. The cantons of Zurich, Vaud, Geneva, Bern, St Gallen, Valais, Fribourg and Aargau were all over the high-risk threshold (according to extrapolation).

The following map shows the new infections (scroll over for numbers and canton name).

READ How does Switzerland decide a country is 'high risk'?