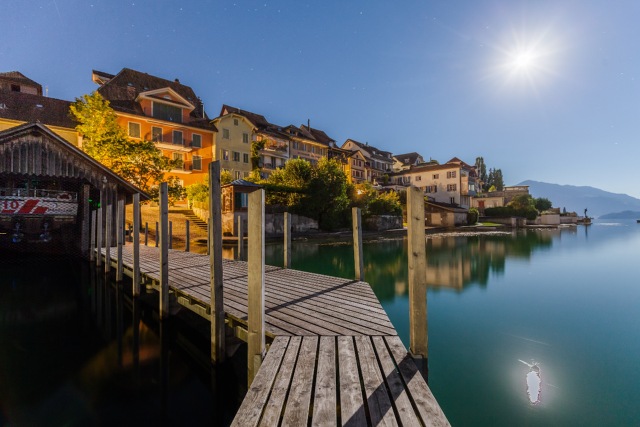 “Intense competition between different locations forces Swiss cantons and regions to optimize their appeal to the greatest extent possible”, the study’s authors wrote.

In evaluating each region, researchers examined criteria such as local taxes, availability of specialised labour and highly qualified personnel, and access to airports.

Zug met all the criteria, taking the top spot, followed closely by Basel-City.

“That is because both cantons possess highly favorable combinations of factors making them alluring”, the report said.

Foremost among them are cuts in corporate taxes that went into effect in 2020 in Zug and in 2019 in Basel.

According to the study, “the taxation of companies is probably the biggest criterion affecting locational attractiveness rankings”. Zurich and Geneva are in the third and fourth places respectively, ranking high “because of their accessibility with various means of transport”.

“The fact that many companies are more willing to accept a higher-than-average tax burden in those urban centers is worth mentioning. That is because better government services or infrastructure generally offset the disadvantage of that burden”, the study noted.

While the study found that “urban centers as well as their wider agglomerations are among the most attractive regions for companies”, some smaller regions made the cut as well.

For instance, Aargau, Nidwalden, and Schwyz rank in the top 10 due to their business-friendly fiscal policies.

Even some cantons that are not considered to be appealing to businesses can improve their rating, Credit Suisse noted.

For instance, the opening in September 2020 of Ceneri tunnel, which facilitates rail travel between the northern and southern Switzerland, is expected to boost Ticino’s attractiveness as a business location.