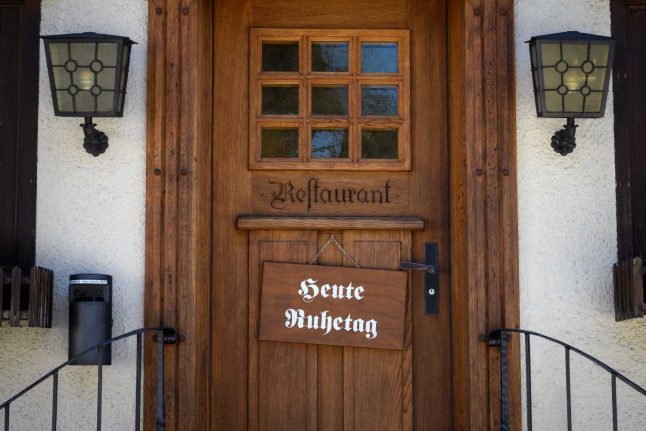 At a press conference on Tuesday, the Swiss government indicated it was weighing up whether to impose a so-called ‘mini-lockdown’ which would act as a circuit breaker for rising coronavirus case rates.

The measure is seen as a way to prevent an even larger lockdown in the future.

Pursuant to the lockdown, public life would be restricted by a short period of time to cut rising case rates.

As yet, the Federal Council – despite floating the possibility of a mini lockdown – has not indicated how this would work exactly.

NZZ reports that this would likely include mandatory working from home as well as the closure of bars and restaurants.

“If this is carried out, practically the entire population is sent to a two-week quarantine. Contacts with the outside world would be reduced to a minimum, restaurants, bars, clubs and leisure and cultural facilities would be closed and people would be sent to the home office. It is also conceivable that a general curfew will be imposed.”

Public and private events with more than 10 people will be banned, the government confirmed on Wednesday.

Pursuant to the rules, bars, nightclubs and brothels will no longer be allowed to open.

All visits to hospitals and nursing homes will be suspended until the end of the lockdown, while schools at the tertiary level will move to distance learning.

According to Swiss daily 20 Minutes, these are the toughest lockdown regulations in the country to date.

Has this been tried before – and what is the point?

In doing so, Switzerland would be following in the paths of Ireland, Israel, Wales and Scotland.

In Germany, a regional mini lockdown has been brought in in the southern Bavarian district of Berchtesgadener Land.

The measures in each of these countries differs significantly, as does the length of the mini lockdown.

However, in each case, the point of the ‘mini’ lockdown is to cut infection chains and thereby avoid a more significant lockdown in the future.

While infection rates often grab the headlines, authorities have greater concern for hospitalisation rates – with the ultimate goal of avoiding a scenario of overflowing hospitals like that seen in Italy at the start of the pandemic.

Therefore, while a mini-lockdown may bring about short-term economic pain, its effect on infection rates would have longer-term positive impacts by preventing a more widespread lockdown.

As yet, as each of the above countries has only recently embarked upon the mini lockdown, it is difficult to determine whether or not it is working.

However, given the effectiveness of the more widespread lockdowns undertaken by a number of countries in Spring, it is likely that the measure would have a positive effect on infection rates.

Kuster said research was being done to determine how effective such a measure actually is in preventing infections – and whether it should be stopped once it has been started.

“(Mini-lockdowns) are happening in some countries now. So-called circuit breakers – they are supposed to break the rise. It remains to be seen what the real benefit will be,” Kuster said at Tuesday’s press conference.

“At the point in time you stop (the lockdown), you may not see any results. I imagine it will be difficult to stop the lockdown if the infections have not yet subsided.”

How likely is a mini lockdown?

According to the NZZ, government sources have said adopting a mini lockdown would be a last resort – and would only be taken if the situation in Switzerland got further out of hand.

The decision would be made next week (October 26th-30th) at the earliest, reports the newspaper.

“The Federal Council will decide on a circuit breaker in a week at the earliest. Only if the number of cases continues to rise at the same pace – and hospitals also come to their limits – he will be able to take this drastic measure.”