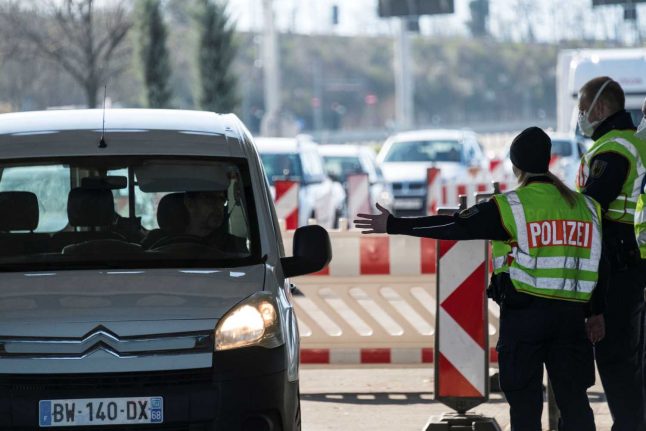 Germany has placed the entire country of Switzerland on its ‘high risk’ quarantine list due to rising infection rates, including border cantons.

Previously, Germany had been taking the approach of placing individual cantons on the list when case rates grew.

Now, all of Switzerland’s 26 cantons have been placed on the list – including those which sit on the border.

The new list will apply as of midnight on Saturday, October 24th.

Can I enter from Switzerland?

The rule, implemented at a federal level, applies to arrivals from all parts of Switzerland.

The German state of Baden-Württemberg, which borders Switzerland, has however put through a series of exemptions which allow people to arrive from Switzerland under certain conditions.

As reported by Südkurier on Thursday, those crossing the border from Switzerland into Baden-Württemberg for work or to visit family and friends will be permitted to do so without quarantine, provided they do not stay longer than 48 hours.

A representative from the State Ministry of Social Affairs confirmed to Südkurier that this will apply to people crossing the border in either direction.

“Commuters are allowed to travel in and out of the country every day without being tested or having to isolate themselves”, the spokesperson said.

How long can I stay for?

In order to avoid quarantine, the stay will need to be less than 48 hours.

If a person stays longer than 48 hours, they will have to quarantine.

As reported by Südkurier “if you meet with friends in a risk area for coffee, you can easily travel back without having to undertake any measures. However, anyone who spends a long weekend from Friday to Monday in the risk area (i.e. more than 48 hours) will need to quarantine, get tested and report to the health department.”

Are there any other exceptions to the quarantine requirement?

Anyone visiting their partner or children which they have custody of will be able to avoid the requirement.

Similarly, anyone undertaking urgent medical treatment will be able to avoid quarantine.

Police officers and soldiers are also exempt to the rule.

What about shopping or meeting new friends across the border?

Entering Germany in order to go shopping or meet ‘casual’ friends is still allowed, but only in the state of Baden-Württemberg and only for less than 24 hours.

Furthermore, this is only from the so-called ‘border’ cantons. These cantons are the Appenzells (Innerrhoden and Ausserrhoden), Aargau, Basel City, Basel Country, Jura, Schaffhausen, Solothurn, St Gallen, Thurgau and Zurich.

What fines apply for breaching the rules?

The Ministry of Social Affairs did however say that larger border controls would not be implemented at this point.

Instead, the Ministry was appealing to citizens to stick to the rules.

What form will I need when crossing the border?

The Ministry of Social Affairs has said no official form will be necessary.