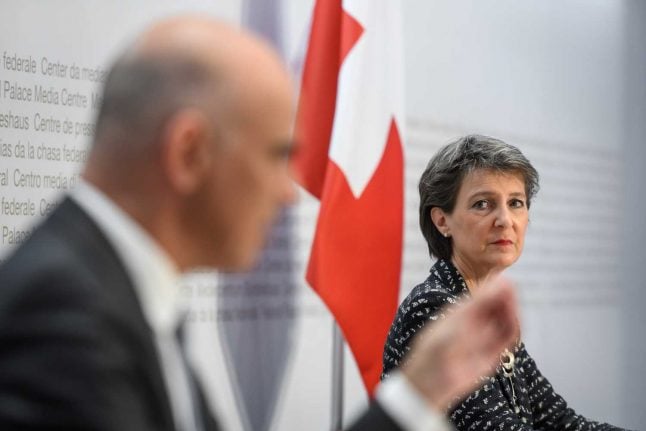 If the situation does not stabilise within days, the government is threatening to impose new measures to control the surge in registered infections, which began around the start of the month.

“If the curve does not flatten out by next Wednesday, we will really make decisions that go further,” President Simonetta Sommaruga told national broadcaster RTS.

The southwest of the country has been particularly affected, with clusters breaking out in retirement homes. “We were all hoping we could go into winter without this new increase in the number of cases,” said Sommaruga.

Despite acknowledging pandemic fatigue, she urged the public to take the initiative. “We know how to protect ourselves with social distancing, masks and hygiene.

“If everyone participates, we will get there. It's a question of responsibility and solidarity.”

Landlocked Switzerland reopened its borders with France, Germany, Italy and Austria in mid-June.

“I've spoken to my counterparts in neighbouring countries and we will do everything to avoid closing the borders again,” Sommaruga said.

Health Minister Alain Berset said on Wednesday that hospitalisations and deaths were tracking the rise in cases. He said the government would look at measures affecting public places and gatherings of people.

“The situation is changing very quickly,” he said.

Switzerland was not hit as hard by Covid-19 deaths and did not impose as strict a lockdown as some other European states in the spring. On June 1, Switzerland registered just three new cases.

But infections then started to rise — first slowly, then more rapidly during October.

Thursday's figures showed there were 5,230 new cases registered in the past 24 hours, in the country of 8.5 million people.

A total of 96,731 cases have been registered in Switzerland since the start of the pandemic, and 1,866 deaths.