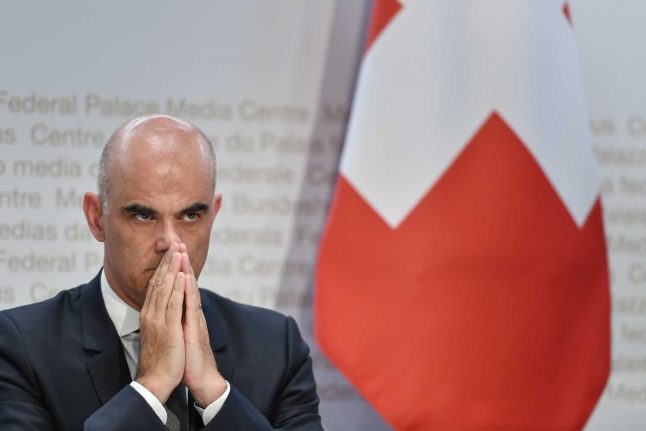 Despite only days ago ruling out another complete lockdown, spiralling case numbers all across Switzerland has seen the government put the issue back on the table.

A report leaked to Swiss tabloid Blick – and covered extensively elsewhere in the Swiss media – shows that a range of tougher measures are being considered at the federal level.

From expanding mask requirements to severe restrictions on groups and events, the lockdown rules are reminiscent of those adopted during the first wave of the virus in the spring.

According to Swiss media, the measures are to be communicated to the cantons at a meeting on Wednesday, October 28th.

There is no indication yet as to when the measures would be implemented – or for how long they would be in place.

Mask requirement to be expanded

Just over a week after Switzerland expanded mask rules to all publicly accessible indoor areas, the federal government is considering expanding the rules.

Masks would also be required in all publicly accessible indoor spaces, such as markets, waiting areas for buses and trains, etc.

People at restaurants would still be allowed to remove their masks when sitting down to eat.

Masks would also be required at the workplace – including all offices – unless one cannot be worn for safety reasons.

Restaurants and bars would be forced to close from 10pm to 6am.

Guests must sit and can only eat or drink at the table. A maximum of four people can sit at each table, excluding children.

There would be a limit of 50 people for all public events.

Groups of more than 15 people would not be allowed to meet under the proposed rules.

According to Blick, this includes all private events such as birthdays and weddings.

Clubs and discos would be forced to close, while dancing would be prohibited.

Universities and secondary schools would again be forced to return to distance learning.

Contact sports would be prohibited, while sports without physical contact would not be allowed to have more than 15 participants, with the exception of professional sports.

According to Blick, masks would need to be worn during indoor sports and during outdoor sports unless distance can be maintained.

Rehearsals and concerts with more than 15 people would be prohibited under the new rules.

For those with fewer than 15 people, masks must be worn. Concerts with singing – such as choirs – are completely prohibited.