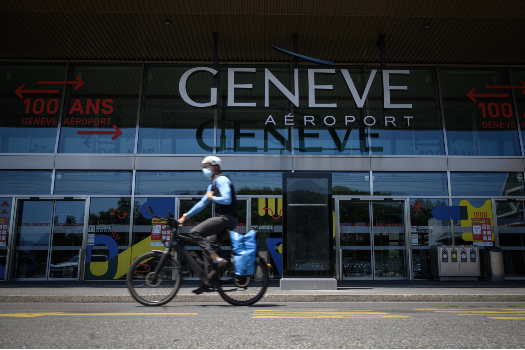 On the same day, the Swiss ski lift association told media it would make face masks obligatory on all lifts during the coming winter season, including open chairlifts.

Geneva's cantonal government warned that the region was seeing a “severe aggravation of the situation”, declaring a fresh state of emergency.

Starting Monday evening, all restaurants, bars and other leisure establishments like cinemas, museums, libraries and pools, would be closed, as would all non-essential shops, it said in a statement.

People are encouraged to only leave their homes if strictly necessary, the Geneva government said, adding though that there would be no legal bans on moving about.

The region's 500,000 inhabitants will thus find themselves in roughly the same semi-lockdown situation as in the spring, with the exception that schools will remain open.

Regional authorities said the new measures were needed due to surging cases — with more than 1,000 positive daily tests in recent days — and also ballooning numbers of Covid-19 patients in Geneva hospitals and emergency care units.

It has warned saturation is “imminent”, the statement said.

Geneva is the second Swiss canton after Jura to order a fresh near-total lockdown.

Its announcement came just days after Switzerland's national government announced a slew of stricter measures, but stopped short of returning the entire country to the partial confinement of the spring.

Among other things, face masks are now required in all enclosed public spaces and outdoors if keeping a proper distance is not possible.

Last week it saw its daily case count approach 10,000, with dozens of new deaths each day, and now counts more than 150,000 cases and 2,000 fatalities since the start of the pandemic.