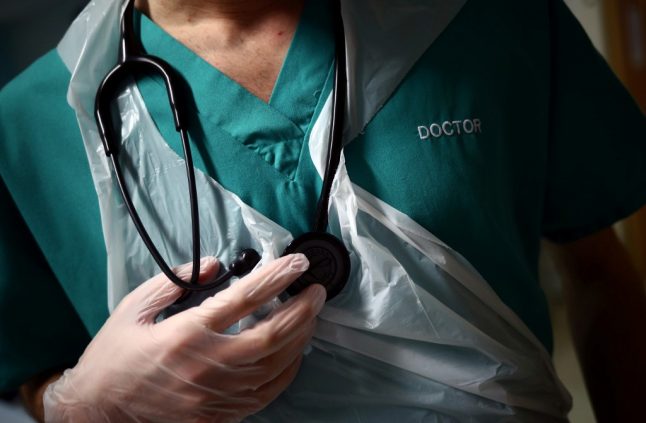 Restricted choice of doctor can save you quite a bit of money. Photo by AFP

By now, you have received a letter from your insurance company, notifying you of the premium for 2021 – by law, carriers must announce the new rates to their clients no later than October 31st.

Because the differences in premiums from one insurer to another can vary, you could potentially save several hundred francs a year. So you could get the same benefits for less money.

Here are some other ways to cut the cost of your health policy, but keep in mind that if you want to cancel your current plan and switch to another one, you must notify your carrier, by registered post, by November 30th at the latest.

Under this model, policyholders are required to consult a particular HMO practice. Two disadvantages of this alternative is a limited choice of doctors and you also need a referral to see a specialist.

However, the benefit is a premium reduction of up to 25 percent compared to the conventional insurance.

Your family doctor, a general practitioner, will be designated by your insurance company and will be in charge of all your medical treatment.

He or she will refer you to a specialist if necessary.

If you opt for this option, you could save 20 percent on your insurance.

READ MORE: How to change your health insurance carrier in Switzerland

If you choose this option, you have to call a telephone service and get a referral to a doctor or hospital.

This does not apply to medical emergencies and other exceptions, such as eye exams and annual gynecological check-ups.

Total savings could range between 15 and 20 percent.

For both HMO and Telmed you can calculate your premiums here.

In Switzerland, the deductible (franchise) ranges from 300 to 2,500 francs.

The lower your deductible, the higher your premiums, and vice-versa.

If you are young, healthy, hardly ever get ill, and don’t take any expensive medications, then you can save substantially with the highest franchise.

Keep in mind, however, that if you choose the highest deductible and end up needing medical care, you will have to pay a greater proportion of the costs.

Pay the premiums in one lump sum

Most insurance carriers will give you a 2-percent reduction if you pay your premiums upfront rather than on monthly basis. 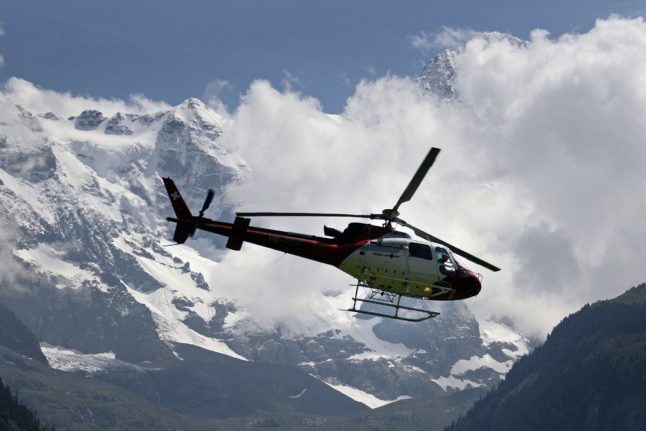 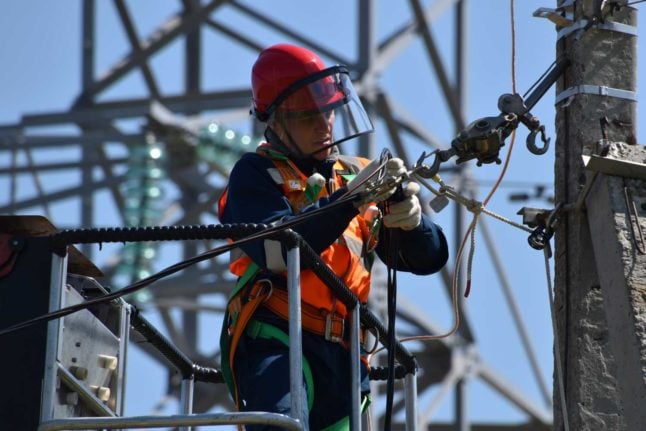 It is true that statistically most mishaps in the mountains are related to winter sports — skiing, snowboarding and the like.

About 50,000 accidents a year are recorded in the Swiss Alps each winter, “the vast majority of which are linked to skiing and snowboarding, the two disciplines that also generate the highest costs”, according to Swiss National Accident Insurance Fund (SUVA).

While summer mountain activities seem to be less risky, accidents can — and do — happen nevertheless. Again according to SUVA, such popular activities as base jumping, rock climbing, or hiking on unsteady surfaces can result in accidents.

In fact, the mere fact of just hiking can prove dangerous: every year, some people are attacked by cows while strolling in the mountains. One such case involved two hikers who were knocked to the ground by a cow in Nidwalden — an incident which inflicted bruises and shock on the hikers (the cow was fine).

But you don’t have to be an extreme sports enthusiast or approach cattle to sustain injuries in the mountains — just ask David, a UK national living in Vaud.

In July 2021, David rode his mountain bike near Arosa, Graubünden, when he hit a rock and fell into a metre-deep crack, breaking his foot in the process. Passersby called for help.

“A helicopter came and three people got me out of the ditch, stabilised me ,and airlifted me to the nearest hospital”, he said

The final bill just for the rescue amounted to 3,200 francs.

While it may seem like a steep price for a service that “took one hour tops”, this sum is not exorbitant or even unreasonable.

What you should know

Mountain rescues are generally provided by air ambulance services such as Rega, Air Glaciers or Air Zermatt. All three work on a subscription model, meaning people can become donors, which could, in certain cases, lower the cost of a rescue.

As Rega, the largest of the three services, noted on its website, it can, “at its own discretion and within the bounds of its resources, waive or reduce the costs of any emergency services”.

This was not the case for David who had no subscription, but has taken out one since the accident.

READ MORE: Rega: What you need to know about Switzerland’s air rescue service 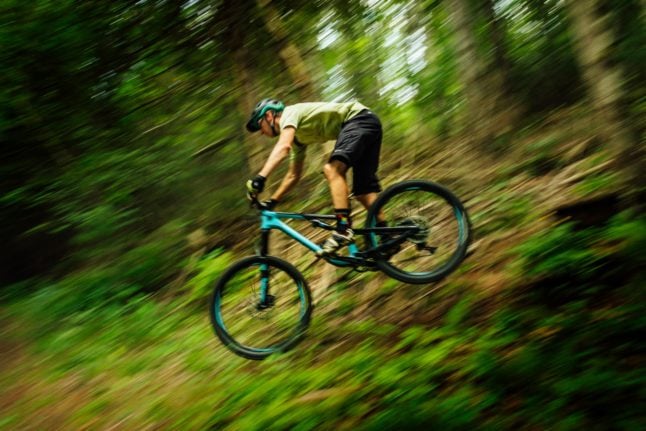 Mountain biking can sometimes be dangerous. Photo by Tim Foster on Unsplash

The exact cost of the rescue varies according to three criteria, Rega spokesperson Emilie Pralong told Le Temps newspaper in an interview.

These criteria are “the duration of the mission, the transport costs (pilot, paramedic, helicopter), and the services of the emergency doctor”.

At a rate of around 100 francs per minute of flight, the bill can quickly skyrocket but in the easily accessible mountain area (as was the case for David) ranges from 2,500 to 3,500 francs charged to the patient.

Does health insurance bear at least part of these costs?

Unlike its Alpine neighbour Austria, where public health insurance will pay for mountain air rescue only if the patient is in danger of death, things are a bit different in Switzerland, where health insurance is private.

In Switzerland, the mandatory accident insurance paid by the employer covers the cost of rescues, even if you are not physically injured, according to Moneyland.ch consumer website.

On the other hand, for children, pensioners or people without professional activity, “the compulsory health insurance will cover half of rescue costs up to the maximum amount of 5,000 francs per calendar year,” said Pascal Vuistiner, spokesperson for Groupe Mutuel’s Romandie.

There are also additional insurance policies that will cover unpaid costs, including those incurred abroad, especially as the basic Swiss plan only covers rescues in Switzerland.

For instance, many supplemental health plans include some coverage for search and rescue costs, medical transportation, and repatriation.

Coverage for search and rescue operations is typically limited, ranging between 10,000 and 100,000 francs. Many (but not all) Swiss supplemental health insurance offers include unlimited coverage for ambulance transportation and repatriation to Switzerland for medical care.

READ MORE : Should you buy supplemental health insurance in Switzerland?

Coverage for search and rescue and/or emergency medical transportation is also part of many travel insurances.

However, “with very few exceptions, coverage for search and rescue operations is limited. Maximum benefits can be as low as just 5,000 francs, or as high as 60,000 francs”, according to Moneyland.

In David’s case, most of the costs of his airlift, surgery, hospital stay and post-op physical therapy were covered by the above-mentioned insurance policies. The only thing hurt in the long run is his pride, as this was the only fall the experienced mountain biker has suffered in his life. 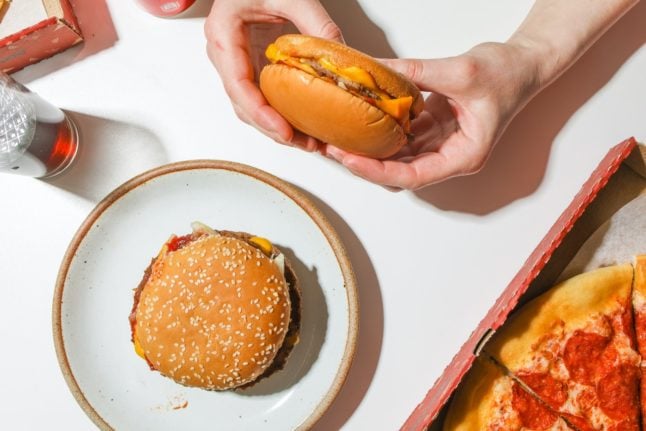 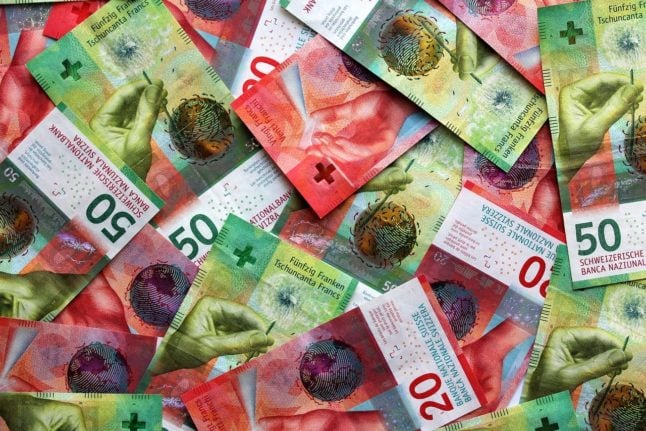 COST OF LIVING
Six no-gimmick websites that help you save money in Switzerland
Url copied to clipboard!