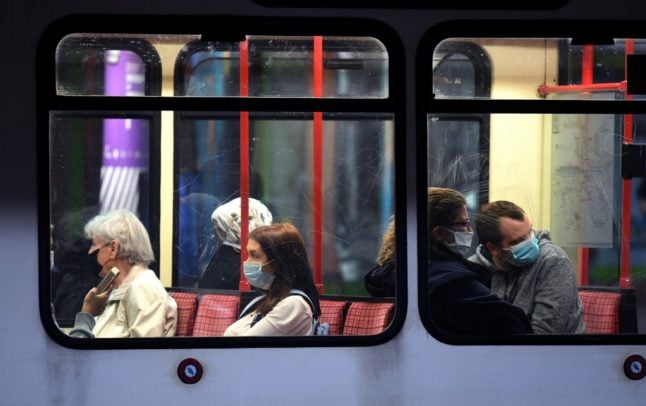 The Swiss are champions of rail travel.Photo by AFP

According to a new study released on Thursday by the Swiss League for the Rational Organisation of Traffic (LITRA), the Swiss used the rail 74 times in 2019, travelling a total of 2,505 kilometers.

In terms of distance traveled per inhabitant, Switzerland stands out clearly from other European countries.

And in regards to the number of trips each resident took on average in 2019, Switzerland’s record of 74 is followed by Luxemburg (40). Denmark, Austria and Germany tied for the third place with 35 trips per country.

On the other hand, railways suffer from low popularity and a less developed network in other countries, LITRA’s research shows.

This is the case in Estonia, where an average person used the train only 6 times, Croatia (5 times), Romania (4 times), Bulgaria (3 times) and Greece (2 times).

READ MORE: Where are Switzerland’s best and worst train stations?

Earlier international studies consistently rate Switzerland’s railway system as best in Europe “thanks to excellent intensity of use, notably driven by passenger traffic. It also has a good rating for quality of service and a very good rating for safety”.

And another survey, The Great Train Comparison, compared 16 major European operators and voted the Swiss national railways as best overall.

However, LITRA notes that 2020 figures for Switzerland will not be as high.

“Passenger traffic is only slowly recovering from the damage caused in the spring by Covid-19. In the third quarter, demand is still 30 percent lower than last year”, the organisation noted.